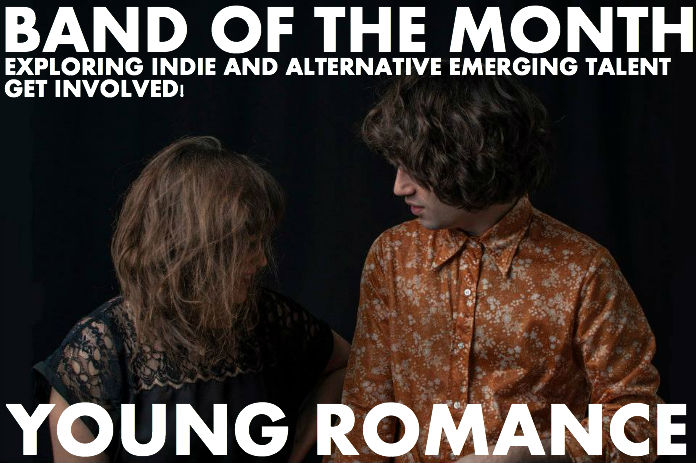 Tell us how you became Young Romance?

We both grew up listening to 60s and 70s music and this probably had some influence on the way we listen to, and construct songs ourselves. We had been writing and playing in previous bands when we began writing songs together, and both wanted to concentrate on that which became Young Romance, rather than the other projects.

Where did you get your name from and tell us about your sound and influences?

We originally began just writing and recording demos of songs without explicitly thinking of future plans, until we happened to come across an American silent film from 1915 called Young Romance, and we thought the name fitted for what we were doing. We love the energy of bands like The Buzzcocks, Oasis and Jesus and The Mary Chain, but also the voice and melody of people like Kate Bush and Siouxsie Sioux who are all big influences.

Have you always wanted to be a two piece or is that how it just turned out?

Creatively, although at times tempestuous, we have always found it easiest and most productive working as a pair. We have never disregarded the idea of expanding the band for live shows, but Young Romance will always be just the two of us.

Whats the plans for the summer?

We’re looking forward to heading out on tour with the Heartbreaks at the end of May and we’re recording songs for an EP, so the summer will be spent mostly working on that.

What new bands are you listening to at the moment?