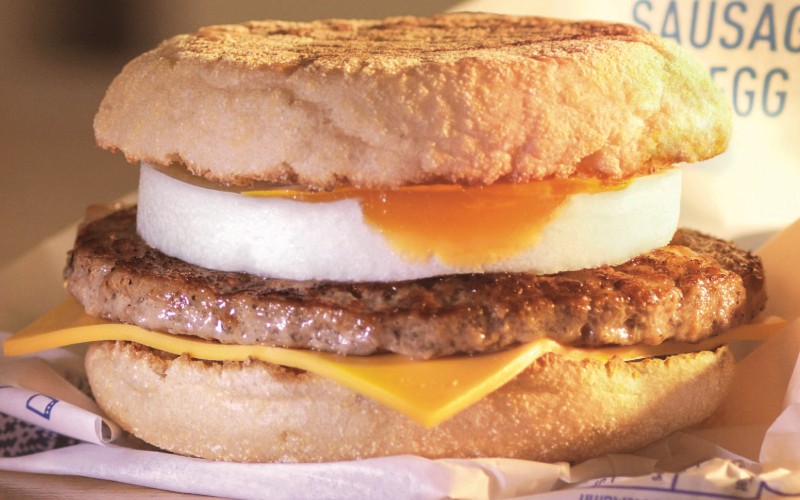 YOU CAN NOW RECREATE YOUR FAVE FAST FOOD AT HOME

Whilst many London restaurants and kitchens are still operating a takeaway delivery service, many of the national chains have decided to shut their doors completely to help fight the coronavirus outbreak and to ensure the safety of their staff. Whilst we can’t (for the time being at least) get the real thing, you can have a go at recreating some of your fave fast food at home.

It was a real sad day when McDonald’s announced it was closing all of its branches, because if ever there’s a time for fast food it’s now. Luckily, Maccy’s has decided to help us out by sharing the recipe for the Sausage and Egg McMuffin, meaning you can have it way past 11am. Gather up some English muffins, sausage meat, eggs, American cheese slices and potatoes (for a side of hash browns), and then follow the steps above.

Burger King has also temporarily closed all of its restaurants, so that means no more Whoppers for the foreseeable unless you want to attempt a homemade version that is. It’s not quite a recipe but Burger King France has shared the ingredients you need to knock up le Whopper de la quarantaine (that’s the quarantine Whopper for anyone that doesn’t speak French). The infographic doesn’t include any proper cooking instructions but does include pictures of each item in the order they should be assembled, which is bun, red onion, gherkin, ketchup, burger patty, mayo, lettuce, tomato and bun. Et voila, le Whopper.

If you’ve got a craving for Greggs that you just can’t shake, it’s time for a spot of GIY (that’s Greggs-It-Yourself). The bakery is sharing the recipes for some of its most popular items, including the Sausage, Bean & Cheese Melt, over on Instagram. This one is actually very simple to recreate – you mix beans and sausage together, pile it on top of one square of puff pasty, sprinkle on some cheese, top with another pastry square, egg wash it and bake.

Forget working from home, thanks to Wagamama WFH now stands for ‘wok from home’. The restaurant chain has seen we’re all missing the chicken katsu curry so they’ve launched a new cooking series on their Instagram, Facebook and YouTube channels, where executive chef Steve Mangleshot shows us how to recreate popular dishes at home. Even if you can’t get the katsu exactly the way it’s served in the restaurants, at least you can make as much sauce as you want.

Sure you can buy a pack of Pizza Express Dough Balls in the supermarkets but lockdown is turning everyone into bakers so why not make them from scratch yourselves? Pizza Express have shared the recipe for both the dough balls and the garlic butter, complete with video instructions, on their Instagram Highlights. And no we won’t judge you for upping the quantities on the garlic butter, because one serving is just not enough.

We all know the real reason for any IKEA trip is for a plate of their famous Swedish meatballs, and now we don’t even need to leave to the house to get them as IKEA has released the recipe. Laid out like typical IKEA instructions, complete with pictures, the recipe details how to make the meatballs and the cream sauce, and it looks simple enough so there shouldn’t be any fights breaking out during the assembly. Smaklig måltid! (that’s bon appetit in Swedish FYI).

OK so it’s not fast food but it’s definitely an iconic dish. The lemon meringue pie at Gloria is totally extra and totally delish, and now you can have a go at recreating it at home because the Big Mamma crew has shared the recipe over on Instagram. This one is more of a challenge, so you’ll need to channel your inner Mary Berry to nail it. Like Big Mamma says, “if it’s not big, it’s not big enough”, so don’t be scared to go huge!