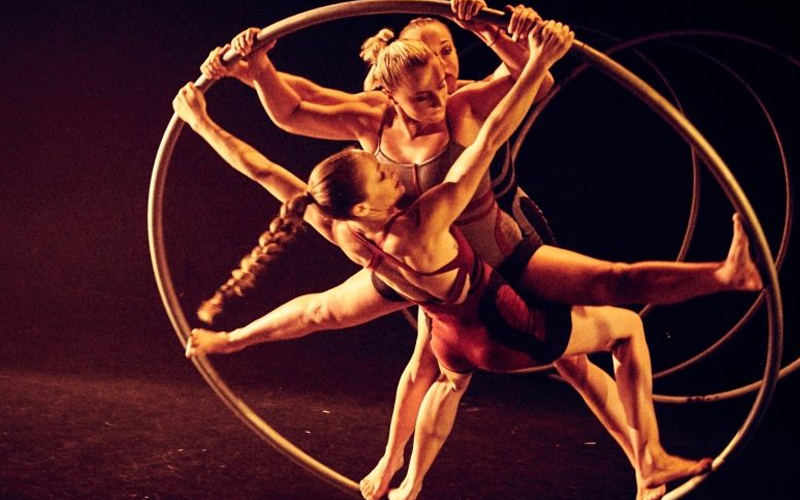 You’re in for a wheely good time at Alula Cyr’s debut show, Hyena, at the Albany in Deptford. Spinning onto the stage on 12 and 13 April as part of their UK tour, the trio use the Cyr wheel – a sort of giant hula hoop – to display their supreme strength and awe-inspiring acrobatics. Hyena will be forming part of CircusFest, London’s biennial celebration of theatre, dance, live art, and film. The show features never-seen-before set pieces including the ‘Cyr ball,’ and synchronised spinning on up to three wheels as well as tumbling, tightrope-walking and jaw-dropping gymnastics.

As the world’s first all-female Cyr troupe, Alula have been performing together on both stage and screen since graduating from the National Centre for Circus Arts in 2015. They took their inspiration for this show from the matriarchal social systems of hyenas, and their passion for female empowerment is a driving force in everything they do.

As well as showcasing the power of sisterhood onstage, their aim is to bring more female-centric circus acts to the UK, and to inspire women to take up performance. If Alula’s got you all in a whirl, follow their UK-wide tour from 1 March to 24 April.