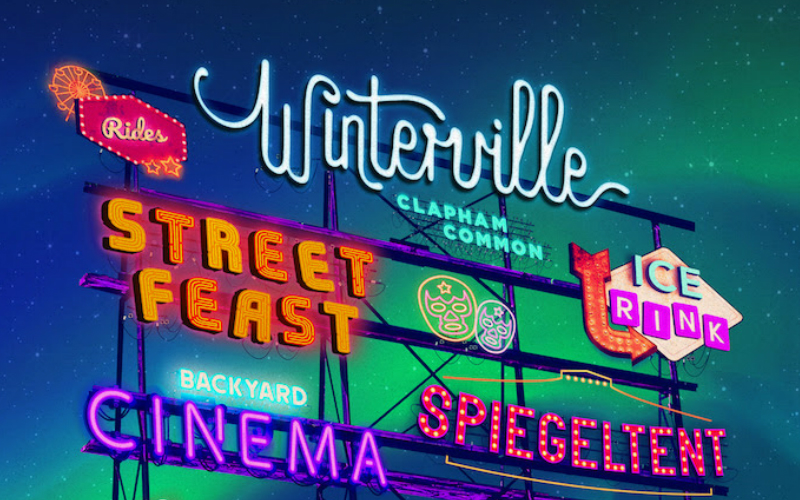 Winterville is coming back to Clapham Common for another festive season, and after a successful first year in the new hood, it’s gonna be bigger and better than ever. Expect street food from Street Feast, screenings of Christmas classics in Backyard Cinema’s Christmas Labyrinth, UV powered crazy golf from Plonk Golf and skating on the ice rink.

And if that wasn’t exciting enough there’s also a roller disco, fairground, Christmas market and lots of entertainment at the Spiegeltent including performances from Chivaree Circus and London Gay Big Band; DJ sets from Mel C, DJ Yoda, Norman Jay MBE, Jazzie B and The Cuban Brothers; parties hosted by Guilty Pleasures, Bugged Out, Massaoke and Karaoke Hole; Mexican wrestling, the Christmas Jumpergeddon from Mighty Hoopla, a comedy showcase from Rabbit Rabbit Comedy, and more. Christmas is definitely a’coming.

Get Me There
October 2, 2018 by Sarah Ardell
Christmas, Clapham, social

KOL MEZCALERIA TO OPEN IN MARYLEBONE (28)