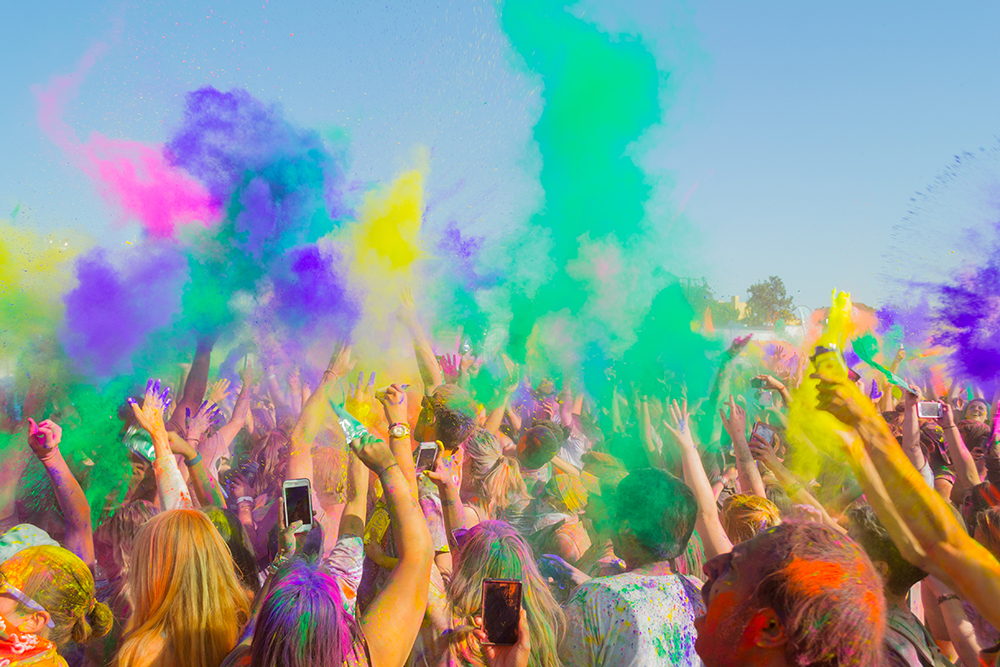 We’ve also got TWO pairs of tickets to give away to Holi Festival of Colours on Saturday, 12th September 2015 PLUS vouchers for Opihr cocktails which can be collected from the bar at the Holi Festival and with doors opening at 12noon and the last paint is throw at 9pm there’s PLENTY of time to get down and throw paint.

To win a pair of tickets simply email us with HOLI FESTIVAL in the title and if you don’t win but still wanna have some paint throwing fun times, bag a ticket now online from £30 for the day.