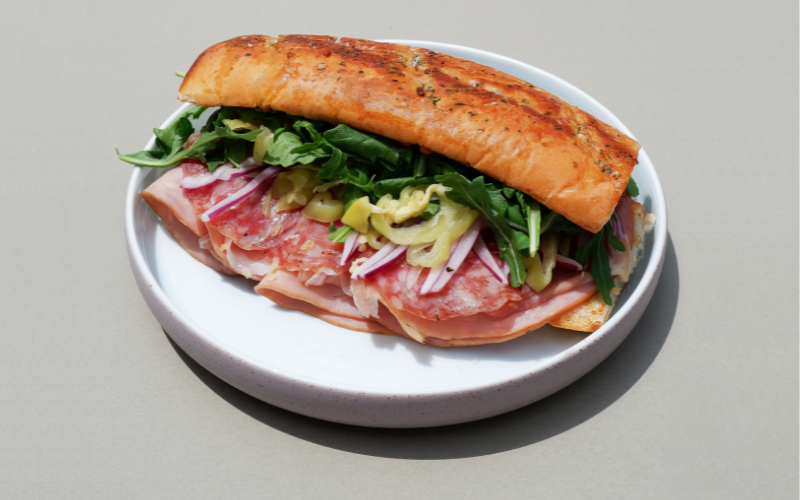 Rondo La Cave, the natty wine bar and incubator space below Rondo in Holborn, has got a new resident as Thai-American spot Chet’s moves out west. Dollars, in collab with Singapore’s Park Bench Deli founder Andrei Soen, is now in for three months serving up American-style deli sandwiches made using produce from the likes of Swaledale butchers and Miller’s Bakery.

We’ve got a competition running on Instagram which you can click through to below giving you the chance to get your hands on more than enough sarnies to see you through three months.
Just follow the three steps to enter.
Nice and easy!