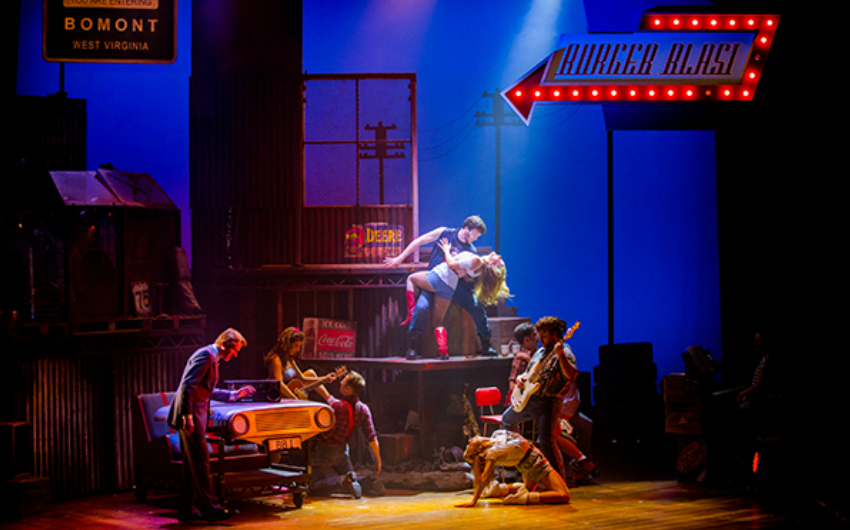 Footloose the Musical is back and better than ever with a new touring show for 2017 and it’s stopping in London this month. Produced by the award-winning Selladoor Productions (who were also behind Avenue Q, American Idiot and Little Shop of Horrors) and starring Gareth Gates as Willard and Maureen Nolan as Vi Moore, the show tells the same story as the classic film and features a bunch of 80s hits including ‘Let’s Hear It For The Boy’, ‘Holding Out for a Hero’ and obvs ‘Footloose’. We’ve got three pairs of tickets up for grabs so if you wanna cut loose and bag some, just pop your email in below and we’ll pick the winners.

Terms & Conditions
This competition closes on Mon 11th September 2017 at midnight sharp.
Prize package is a pair of top price tickets (worth up to £55 each) to Footloose at thePeacock Theatre.
There are three pairs of tickets being given away.
Tickets valid any one performance from 12th – 30th September.
Subject to availability.
The winner will be notified and given 3 days to accept prize, if the winner does not come forward a new winner will be chosen at random.
Prize has no cash alternative.
The prize cannot be redeemed in exchange for money.
Competition open to UK residents only.
Entering this competition signs you up to the LOTI weekly newsletter.