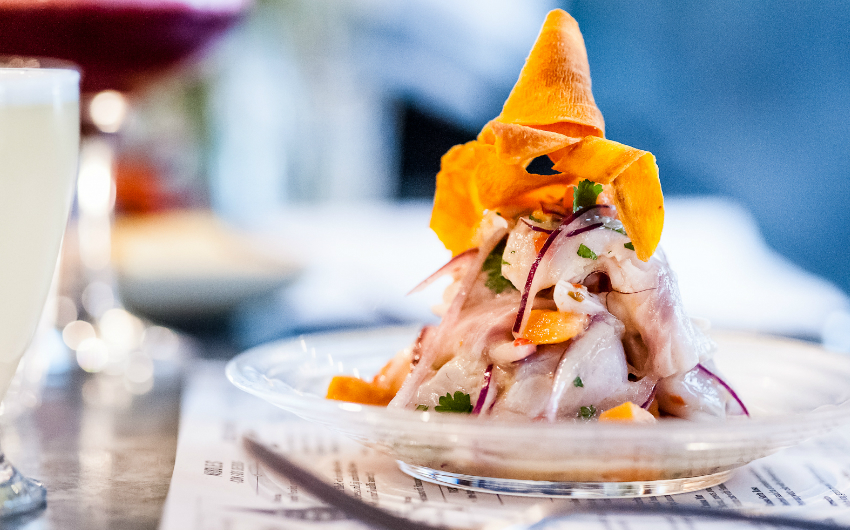 Ceviche Soho is turning five this week and to celebrate, they’re hosting a little ceviche challenge on 16th March. Neil Rankin, Gizzi Erskine, Selin Kiazim, Anna Hansen, Ben Tish, Andy Oliver, Bonnie Porter and Mark Jarvis are all heading into the kitchen to create their own version of Peru’s national dish. Whilst only one ceviche will be crowned winner, all eight will make it onto the Ceviche Soho menu for the next five weeks. Fancy a bit of that action? Well we’ve got dinner for four up for grabs, including a taster of each of the eight guest ceviches created in honour of the restaurant’s birthday plus a main course of your choice, a dessert AND a pisco sour each.

If you want to chow down on all that ceviche, just drop us an email on admin@londontheinside.com with ‘CEVICHE SOHO’ in the subject line and we’ll pick a winner at random.

Terms & Conditions
This competition closes on Mon 20th March 2017 at noon sharp.
The prize is a taster of each of the 8 guest ceviches, a main course of choice, a dessert and a pisco sour each.
The prize is redeemable Sunday – Thursday.
The winner must pre-book a table.
The prize is non-transferrable and cannot be exchanged for cash.
The prize valid 20th April 2017.
Entering this competition signs you up to the LOTI weekly newsletter.