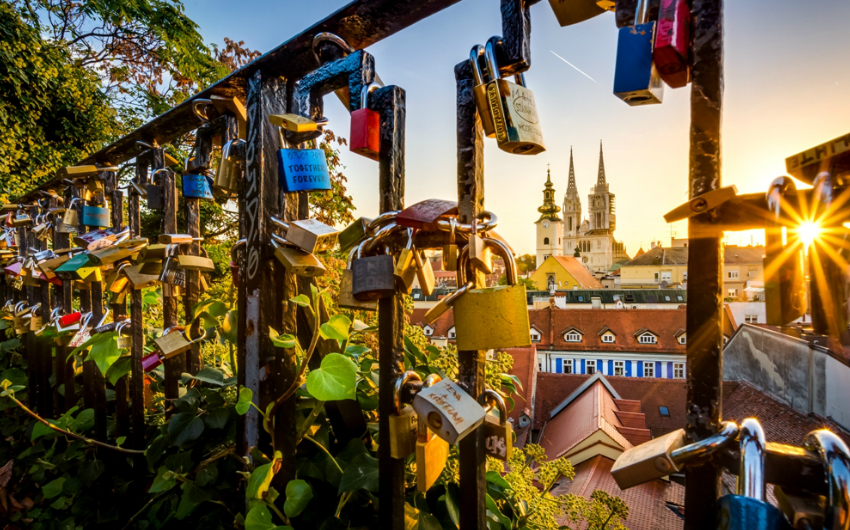 In desperate need of a holiday but don’t know where to jet off to? If you don’t want to fly far, you don’t want to spend a fortune and you absolutely require sunshine, Zagreb is the one for you. At just two and half hours from London, with proper glorious weather, beaut 19th-century architecture and a few quirky attractions up its sleeve, the Croatian capital ticks all the boxes for a great city break, and we’ve got two nights up for grabs for you to experience yourself, more on that later.

It’s easy to get around the city on foot but you really can’t pass up the chance to ride the world’s shortest funicular (64 seconds to be precise) from the Lower Town to the Upper Town, plus once you’re up there you can experience Zagreb’s midday cannon fire from the Lotrščak Tower. Or you can go the other way and explore the city’s network of underground tunnels (beats a tube tunnel any day). Culture vultures defo need to take a spin around the Museum of Broken Relationships, which exhibits mementoes donated by people after they’ve split up (you might even feel better about your relationship status whilst you’re at it) and look out for the solar system art installation by artist Davor Preis. Sounds like the perfect Insta op to us.

Everyone knows it’s not a holiday without food and Zagreb has got you covered on that front too. Dolac Market, a farmers market that’s been going since 1926, is open daily and packed with goodies, and the city is big on coffeehouses, so you’ll never be too far away from a brew and a Zagreb strudel. And of course, you can just kick back and catch some rays in Maksimir park. And if all that wasn’t enough, the city plays host to a ton of fun festivals in the summer, like Summer on Stross, when the Upper Town’s Strossmayer Parade is given a Parisian twist with art installations, music, pop-up stalls and an open-air cinema, and Evenings In Grič, a programme of concerts, plays and exhibitions. Yeah, you’re not gonna struggle for things to do, that’s for sure.

We’ve teamed up with Monarch, who have just launched a new route to Zagreb and are the only airline to fly there from Manchester and Gatwick, and the 4-star ARCOTEL Allegra Zagreb, located close the historic city centre, to give away a two nights stay in Zagreb. That’s right, you could be heading off to the Croatian capital with flights and accommodation on us this June. If you wanna be in with a chance to win, just pop your email in below and we’ll pick a winner.