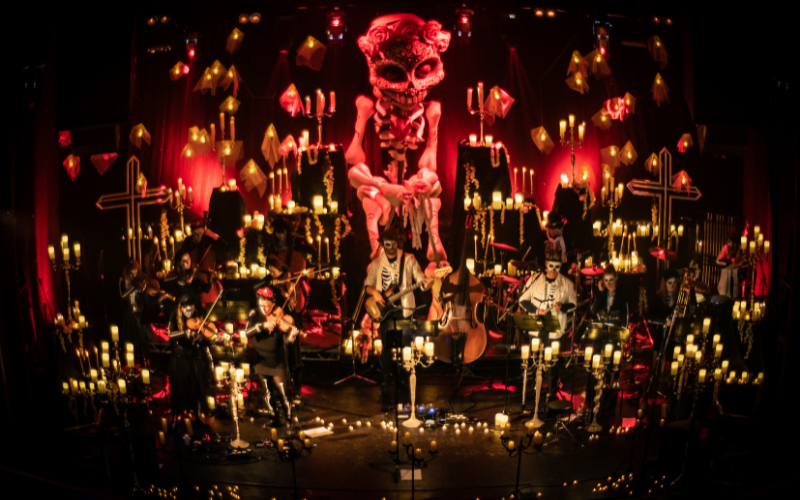 Loaded with classical renditions of rock and metal hits, the one and only Rock Orchestra are heading to Brixton Academy this October for a concert by candlelight. Following a sell-out debut UK tour in 2021, the group is back again with their acclaimed show that’s a must-see for fans of the genre. Taking on tracks from the likes of Metallica, System of A Down, Led Zeppelin, Evanescence, Guns N Roses, Scorpions, Queens of The Stone Age, AC/DC & Motorhead, the Rock Orchestra will perform your faves as you’ve never heard them before.

On 14th October, the chamber ensemble of classical musicians and vocalists styled in skeletal outfits, masks and makeup will take a stage decked out with thousands of candles, huge puppets, floating lanterns, crooked towers and more. And their Brixton Academy gig will be extra special, with a setlist including arrangements of tracks from bands that have performed at the legendary venue including Foo Fighters, Rolling Stones, Rage Against The Machine, Muse and Linkin Park, among others.

Like the sound of all that? INSIDERS have the chance to win tickets for you and three pals to see the violin-shredding, head-banging action live.

Terms & Conditions
Must be 18+ to enter.
Competition closes at noon on 12th October.