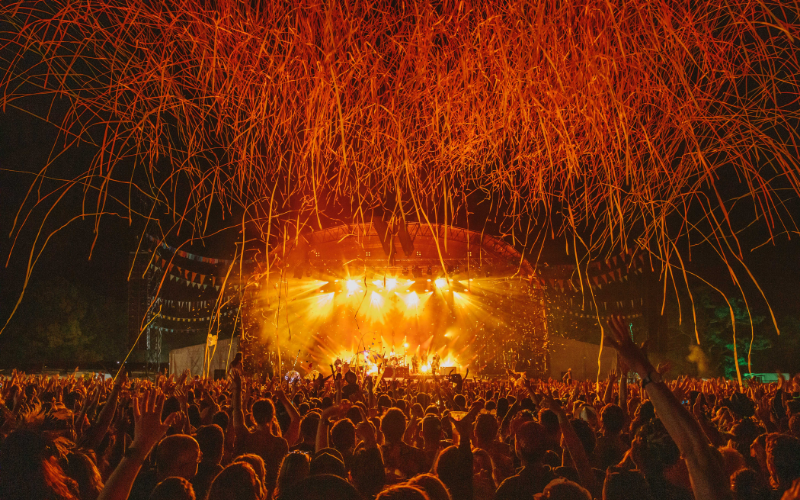 Wilderness is back for 2021 and as usual there’s A LOT going on at this four-day festival in Oxfordshire. As well as headliners Jamie xx, Loyle Carner and Hackney’s Rudimental taking to the stage, other names also include BICEP, Franc Moody and Georgia. And once the main stage has died down, you’ll want to head to The Valley with the likes of Blessed Madonna, Jayda G and Eats Everything on the ones and twos in the forested amphitheatre.

But we know Wilderness isn’t just about great sounds, as there’s also outdoor theatre talks, a wood-fired lakeside spa, disco dodgeball and an outrageous selection of food to choose from. This year Helen Graham, Robin Gill, Lee Westcott and wild food restaurant Native will join forces with Social Pantry for the first fully veggie and vegan banqueting tent, The Wilderness Kitchen. But there’ll also be food from Mayfair’s Fallow, Michelin-starred Mei Mei founder Elizabeth Haigh, Patty and Bun, Smokestak’s David Carter and a fire pit from Flank serving up a whole heap of guest chefs. We told you there was a lot going on. Want in? Then you better book quick because this one is usually a sell out.