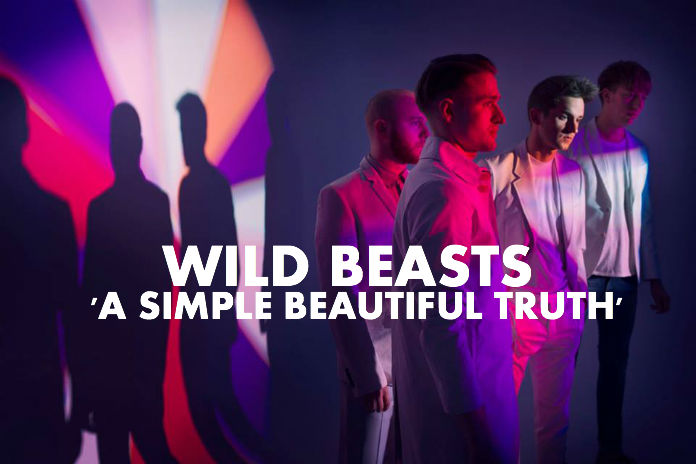 But aside from making The Robot cool again/preparing for a career change as air traffic controllers, the four-piece are dressed as if they’re about to take their cycling proficiency test and somehow manage to pull it off. Filmed by Klaus Thymann and a nod to Talking Heads, this is Wild Beasts gone wild: ‘The experience was strangely liberating and we asked ourselves why we hadn’t done this before.’ Well, we were just asking ourselves the same ruddy thing!

So far, the videos accompanying the ‘Present Tense’ album have put a bit of a smile behind the band’s somewhat serious sentiments, which we’re definitely a fan of and hope to see more like this in the future.

A Simple Beautiful Truth is the second single from their fourth album and will be released on 19th May. After just finishing up a UK tour, the band are currently in Europe and are set to return to home shores to perform at The Great Escape, End Of The Road and Bestival, with further dates to be announced.