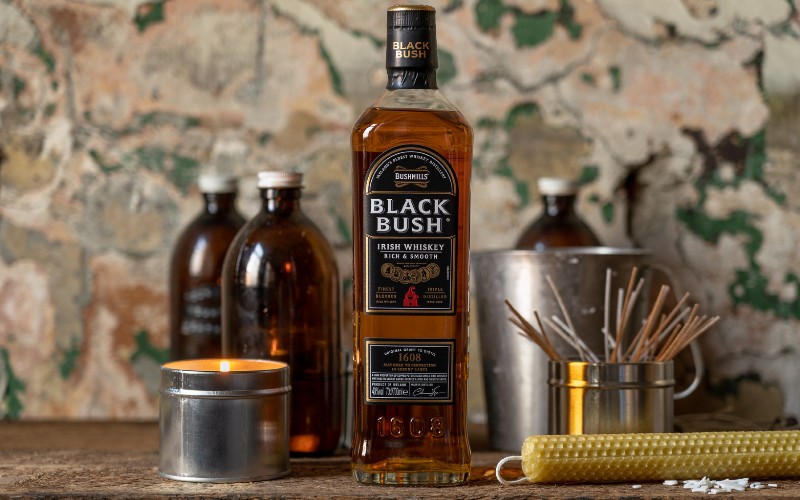 Taking inspiration from the character of their premium blended whiskey Black Bush, Bushmills is running Black Bush Stories; a series of online live stream masterclasses celebrating curious and spirited talent across a range of industries. Whiskey experts and TV presenters Neil Ridley and Joel Harrison have been hosting the events on Instagram, where they chat to a special guest and explore the relationship between whiskey and their crafts. So far Bushmills has hosted a meat curing masterclass with Michelin star chef Rob Krawczyk, a photography masterclass with photographer Freddy Kelly, and a tea blending session with Suki Tea’s Oscar Wolley.

Next up in the series is Black Bush By Candlelight, a Whiskey and Candlemaking Masterclass with Michael Morris of Bearded Candlemakers. Kicking off with a guided whiskey tasting and talking about the craftsmanship and care required to make quality candles (much like Black Bush whiskey), Michael will also show you how to put your old candles to good use by melting them down to create new aromatic wax.

Join the Black Bush By Candlelight masterclass on Instagram Live at 8pm on 20th May. If you miss the livestream, you can catch up over on the Bushmills IGTV.