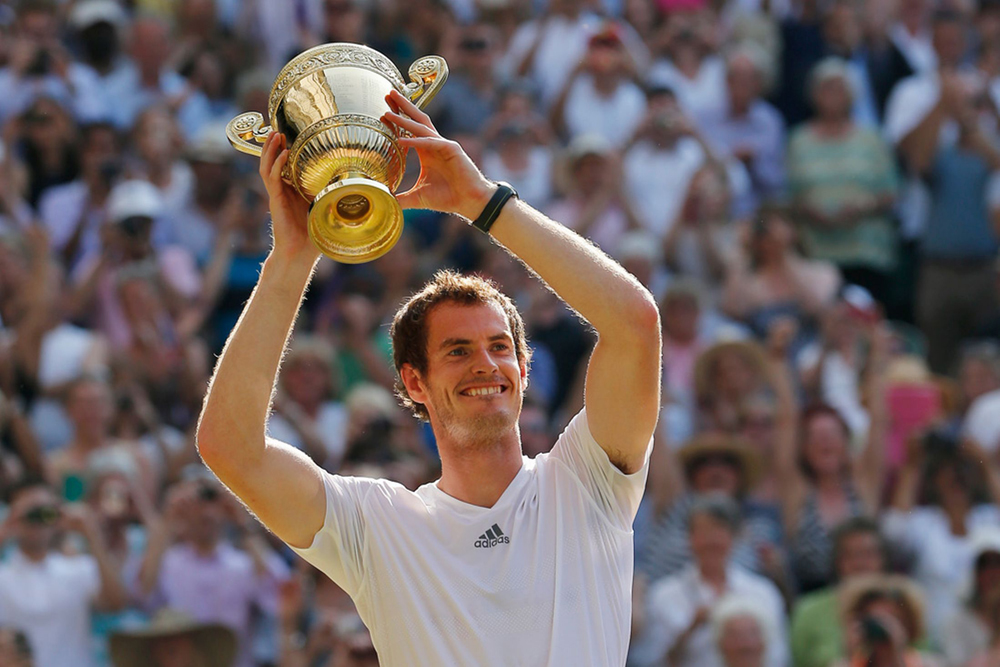 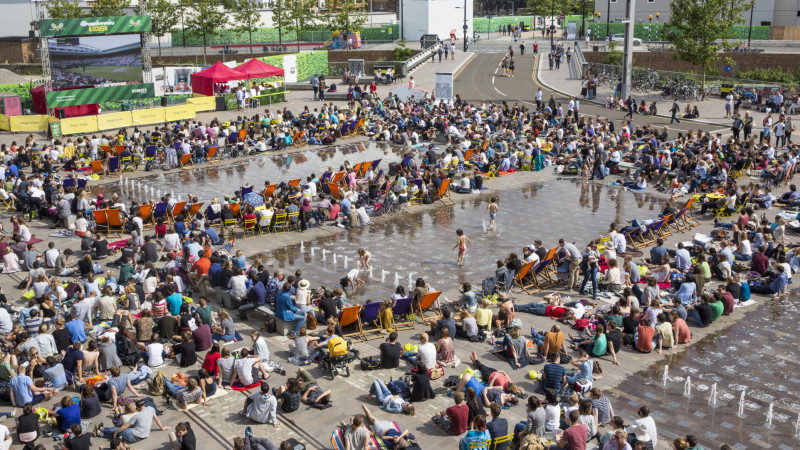 If you don’t have time to make a quiche, then you can buy sandwiches, Pimms, beer and soft drinks from the Strawberries and Screens bar or take a look the street food kings at KERB in Cubitt Square (lunchtimes Mon-Fri only). Early tennis seekers can claim one of the 50 deck chairs to make the sports session even more comfortable. And if it really gets TOO hot you can brave a paddle in Granary Square’s dancing fountains. 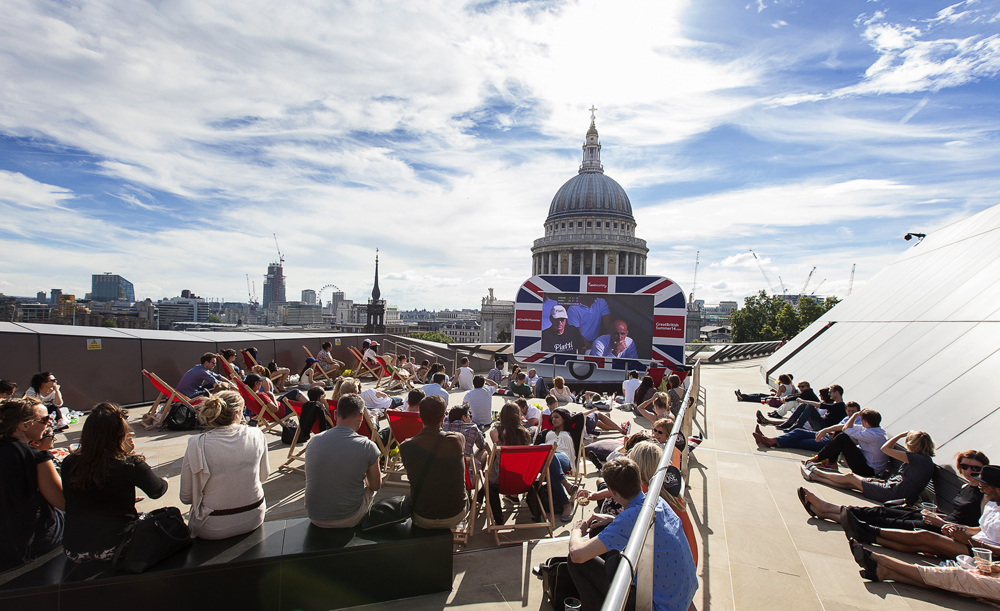 Head to the 6th floor rooftop of One New Change for the chance to enjoy food and drink served straight to your deckchair – talk about service – and the roof terrace offers some pretty spesh views of the City, too. 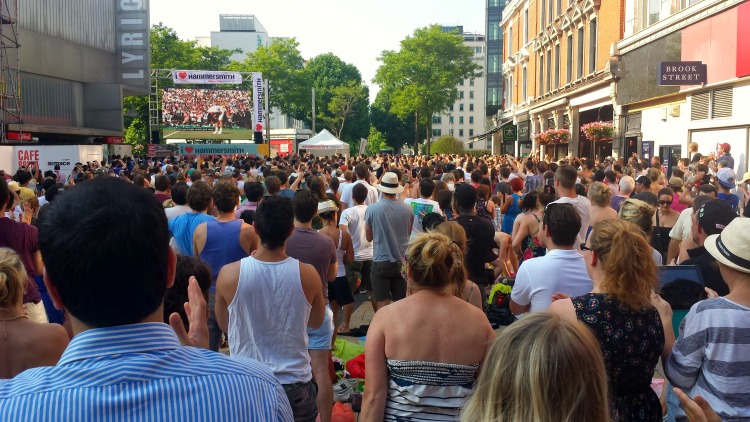 West Londoners can settle into that deckchair and soak up some sun as you watch all the white-clad, racquet-wielding heroes of the tennis court hit it out with their best shots. Matches will be streamed live on the big screen between noon and 8pm every day. Once the tennis finishes we’ve heard there will be a cheeky bit of the Tour De France cycling on too! 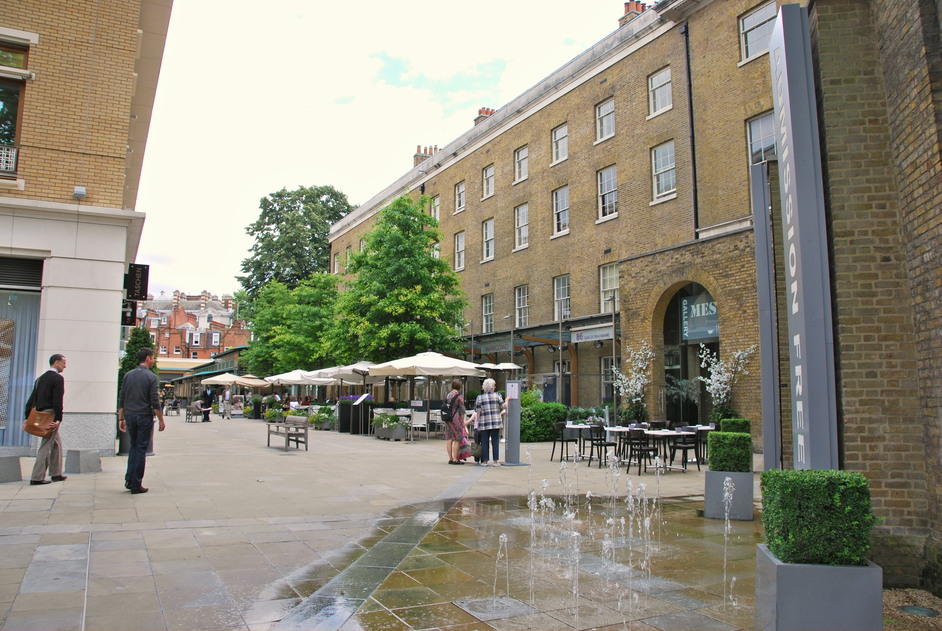 The Duke of York Square

Those wanting a bit of SW action in style but don’t want to make their way all the way on the District Line to Wimbo the perfect place to watch the action is Strawberries and Screen in Sloane Square, it’s a very pleasant affair. Only the Men’s Semi-Final, Final and Women’s Final (10th-12th July 2015) will be broadcast on a 14ft screen, it’s BYO food but there’s a pop-up bar. A VIP area with beanbags and picnic blankets is also available to those who pre-book – sign up via the Duke of York Square website.