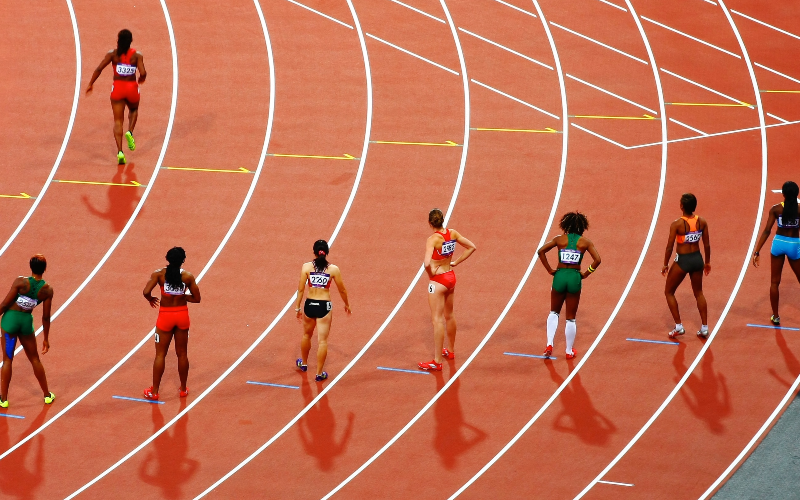 They may be a year late but the Tokyo Olympics are finally here, running 23rd July – 8th August, and we’ve rounded up the best places to catch all the action, cheer on Team GB and (hopefully) catch a few rays too.

The big screen in the amphitheatre at Paddington Central is the perfect place to soak up the sun and watch the Olympics and Smith’s Bar & Grill will be firing up the BBQ so you won’t be going hungry either.

Watch the Olympics for free from one of the deck chairs (you can also see the screen from the terraces of Morena and Jones Family Kitchen) in the courtyard of Eccleston Yards. Moet & Chandon will be hosting a pop-up bars serving champagne and cocktails to keep you going in between events.

Canary Wharf’s Summer Screens is running a packed sporting programme including all the best bits from the Olympics. Grab a drink from one of the bars and restaurants in the neighbourhood and find a nice patch of grass to kick back on.

London Bridge’s FREE summer festival will be showing all the big Olympic action on their screen at The Scoop. It’s first-come, first-served so get down early if you want to secure a spot, and then keep yourself fed and watered with Mediterranean food and drink from the Riverside Terrace Bar or pizza and spritzes from Jimmy Garcia’s pop-up.

The new terrace at Televsision Centre will be screening all the Olympic action for free, and with heaters and undercover seating available, you can watch the tennis whatever the weather. Open House, from the team behind Pantechnicon, will be running a pop-up bar and BBQ Thursdays – Sundays so you can grab a burger and a spritz too.

Pull up a deckchair and watch the Olympics in the middle of Central London with the screen at St Martin’s Courtyard in Covent Garden, where you can also grab some food from Bill’s or a glass of vino from Dalla Terra Wine Bar.