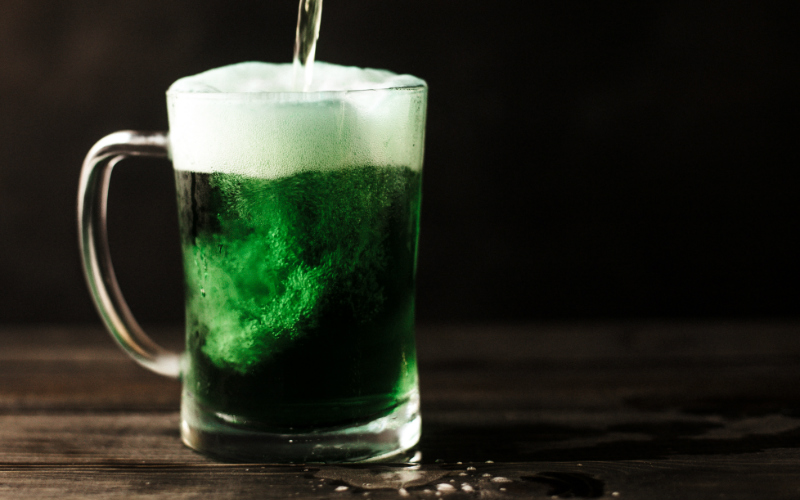 It’s that time of year where everyone claims to be a little bit Irish – yes a great, great grandma on your dad’s side does count. Heading to your local for a pint or five of the black stuff is great but if you want to take things up a notch, these are the best places to celebrate St Patrick’s Day.

With their epic selection of whiskey and poitin, The Sun Tavern is an obvious place to spend St Paddy’s Day but the fact that they’re teaming up Slane Irish Whiskey this year makes it a must. The bar will be serving up three spesh Slane cocktails, including the Dirty Old Town (Slane Irish Whiskey, chestnut, madeir & suze) and the Hardy Buck (Slane Irish Whiskey, raspberry, eucalyptus bitters, citrus & ginger beer); Oyster Boy will be shucking free oysters; a live Cèilidh band will provide the music during the day; and DJs Arveene and Andy Bell will hit the decks taking you through to the wee hours.

Teeling Whiskey will be in the house at Milroy’s of Spitalfields for a whole week with a spesh cocktail menu, including highballs and Irish coffees, running in the basement, and on the day itself, they’ll be taking over the ground floor bar too with Irish music and even more whiskey.

Feast on Indian inspired BBQ and whiskey at Brigadiers this St Paddy’s Day. As well as a limited-edition feast menu featuring dishes like BBQ butter chicken wings and tawa prawn biryani, the restaurant is also putting on specials of oysters saggafella and dry tandoori Galloway beef ribeye for the day. And you can pair all that food with free-flowing Guinness and Black Velvet cocktails or an Irish whiskey flight featuring booze from Roe & Co, all to the soundtrack of a live ceilidh band.

The UK’s biggest beer hall is going Irish for St Patrick’s Day, yes Truman’s Social Club will be pouring plenty of Irish beers including Porterhouse from Dublin, Boundary from Belfast and Beer Hut from Kilkeel, alongside whiskies and baby Guinness shots. There’ll also be coddle and Tayto crisps on hand for when you get peckish and traditional Irish music for you to sing along to.

Bethnal Green bar Coupette is getting The Busker Irish Whiskey in for St Paddy’s Day to shake up spesh cocktails like the Pink Irishman (whiskey, creme de mure, strawberry vanilla, coffee liqueur & cream) and the Little Green Bubble (whiskey, sauternes, lime & mint sparkling wine & mojito sorbet). Nata will be on the piano providing the music, and you get two drinks included in the £10 ticket price.

Hackney Road spot Nebula is putting an Irish spin on pizza for this St Patrick’s Day with this Ulster Fry number. It’s their version of the classic breakfast, featuring black pudding, bacon, sausage and BBQ sauce on their overnight fermented pizza bases. Brekkie for dinner? You know it makes sense.