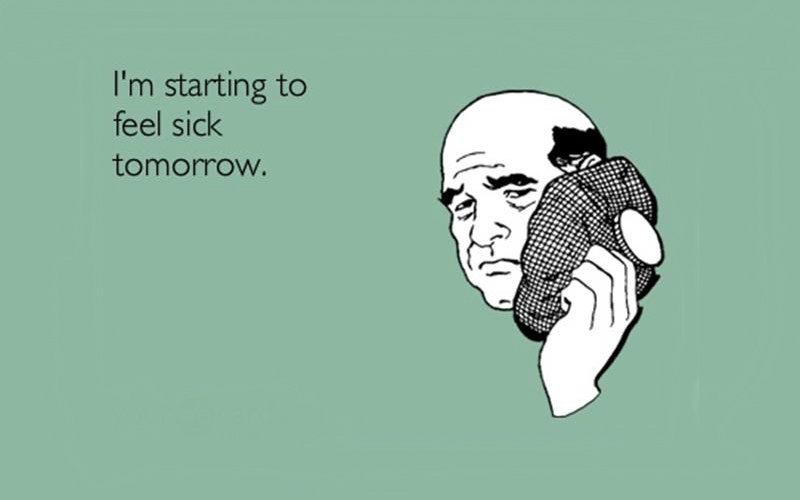 The first Monday in February – this year that’s 3rd Feb if you want to mark your calendars now – is National Sickie Day, aka the day when people are most likely to pull a sickie. The reason being that two powerful forces collide the weekend immediately before this Monday; one is the first payday since Christmas and the other is the end of Dry Jan. Money in your pocket + very big thirst = massive bender = epic hangover.

If you are pulling a sickie, you could just spend the entire day on the sofa, ordering Deliveroo and smashing through your Netflix list. No one could argue with those plans, mainly because it’s freezing outside and this way you wouldn’t have to change out of your PJs. But if you’re gonna wangle yourself a day off, we say make it count by taking advantage of what London has to offer on a Monday. Don’t post anything on stories though, that’s just asking for trouble.

Get that pasta faster
The queues at Padella and Circolo Popolare should (hopefully) be much shorter on Monday so you can tuck into pici cacio e pepe or la gran carbonara in double quick time.

Beat the crowds at the Tutankhamun exhibition
It’ll still be full of tourists but all the Londoners should be at work, leaving a bit for room for you to gawp at all that treasure.

Go to the cinema
Picturehouses are half price on Mondays, so you can put that extra cash towards an XL popcorn and kick back in a near-empty screen.

Get a selfie in Harry and Meghan’s vacant space
Get into Madame Tussauds with minimal queues, jump in the spot where the former HRHs used to be and snap away. Who said you’d never be royal?

A DACHSHUND DISCO IS COMING TO LONDON (6)

BEER FESTIVAL BREWLDN IS DEBUTING AT THE OLD TRUMAN BREWERY (5)