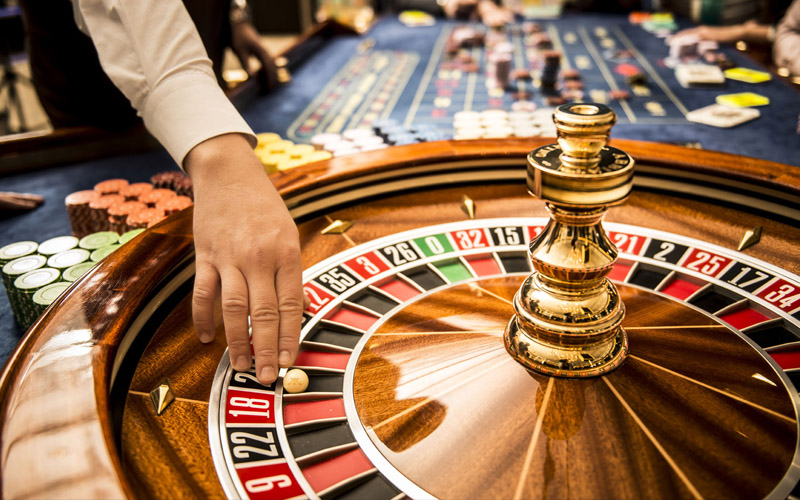 GamCare recently conducted a survey among Britons on the efficacy of its efforts in battling online gambling addiction. Also, the people feedback on banning bookmakers sponsorship for Premier League clubs.

In December 2020, the UKGC announced that it will reform the Gambling act 2005 in line with modern changes. Therefore, GamCare decided to conduct an opinion poll on 343 persons who gamble or relevant to a gambler.

This survey covers the respondents’ opinions on the ways to support the service’s efforts to reduce the gambling addiction problem. The study found that 80% of surveyed people believe that UKGC should ban all bookmakers’ sponsorship. While 83% of people believe that competent bodies should prevent gambling companies from sponsoring football clubs.

In a related context, 72% of people believe that bookmakers must place auto limits on money and time. 80% of people believe that the restrictions currently in place are not effective enough! While 90% of respondents want to put in more effort to educate people about gambling addiction danger. Through media and social media means

Besides all the above, the results showed the people’s desire to impose more restrictions on bookmakers. Whereas, 84% of the participants believe that bookmakers must apply maximum bet on each spin/hand. Also, remove the auto spin feature which already imposed by the UKGC.

65% of the previous percentage believes that the maximum bet on one spin/ hand should be only €5. Also, 82% of the participants expressed their support for banning the VIP schemes. Because their sole aim is to push players to deposit large funds without providing any real interest in return!

The Risk Has Increased Due To The Pandemic

In a statement to https://justuk.club/. The CEO of GamCare. Anna Hemmings. Said: “Because of the safety measures that forced people to stay home for long months. The risk factors have increased notably. As many people found that there was no way to enjoy fun other than gambling online. Although most of the respondents indicated that there are risks for teens and children. Most of the calls and requests we receive come from young people under 35. That is, this group is the most vulnerable to gambling addiction. However, we encourage anyone who asks us for help”.

She added, “we are striving to reform the Gambling Act 2005 for a long time. Although its review was delayed, it came at the perfect time! Now we are trying to overcome the COVID-19 pandemic and the general lockdown situation in the UK. Therefore “People who ask for help about gambling addiction are increasing in alarm! On our part. we are working with our partner bookmakers to educate players on our service”.

Before this survey, a previous study had been conducted by the Gambling Health Alliance (GHA). This study concluded that people in the United Kingdom require to tighten restrictions on bookmakers. To ensure a healthy gambling environment for players. The study showed that most people believe that the max bet on games should not exceed €2 only. Adult player programs should be cancelled. Impose more taxes on bookmakers to reduce their number and fund charitable activities aimed at phase out the problem gambling. Impose more restrictions to ensure that players under the legal age (18 years) do not access to gambling.

Sky News released a new report stating that the Premier League clubs have met to discuss gambling bookmaker sponsorship. When they conclude they will meet with delegates of the UKGC to reach an agreement.

The move comes after Caroline Harris, chair of Parliament’s Gambling Policies Committee. Endorsed a proposal to ban sponsorship of British gambling bookmakers by 2023.

A spokesperson for the Ministry of Digital, Culture, Media, and Sports (DCMS) told Sky Sports News. “At present, we are reviewing all laws related to online gambling. We are determined to wipe out the problem of gambling from its roots”.

On the other hand, Rick Barry, president of the Premier League of Football (EFL), has warned of this step. Saying it is a “disaster” for football clubs. Especially the second and third division clubs that rarely have sponsorship or ads contracts and their financial resources are limited. This problem has become further complicated by the spread of the pandemic and sports events shutdown.

In an interview with the Financial Times. Barry clarified that the Premier League will study the Gambling Act issued in 2005. To give its comments on it in a way that serves its interests and does not harm vulnerable players.

During this interview, he clarified his view. Saying: “There is no real scientific evidence indicates that preventing sponsorships will reduce gambling addicts! Let’s face it; all sports in the UK have been primarily based on betting”. In addition, Barry has also warned of a ” disastrous” decision for smaller football clubs. Since these clubs do not have sufficient income sources to pay players and coaches’ salaries and discover more talent.

Can The UK Rely On These Studies?

In a related context, there is a new study conducted by (AAGH) committee. This study concluded that the gambling addiction researches in the UK are very few, especially in the following aspects:

Thus, the UKGC should give more time to academic bodies to conduct more studies and give a better idea of addiction. So, they can make wise decisions on this basis.