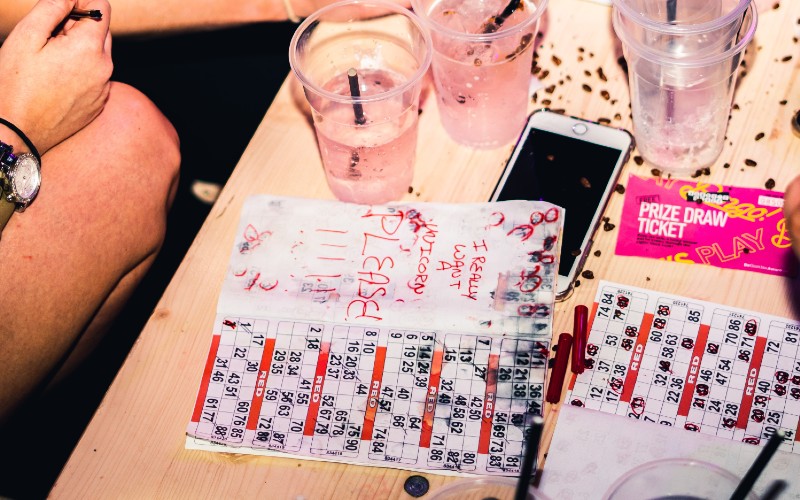 Are you a new or a regular bingo player? Do you want to find out the odds of winning bingo? If so, this article is for you! We’ll be giving you some tips on how to play this popular game and increase your chances of winning. You can choose to play bingo online or in-person nowadays. There are plenty of bingo sites available in the UK as well as physical bingo halls. The variety of bingo-related venues in the UK prove that the game is very popular and will only increase in popularity over the years.

The origins of bingo

Legend has it that the first version of ‘bingo’ was invented in Italy back in the 16th century. It was called “Il Giuoco del Lotto d’Italia” and was considered a lottery game. The game then spread to neighbouring countries such as France, where it became known as “Le Lotto”. The game soon became popular among the French aristocratic circles.

During the 18th century, bingo was brought to Great Britain where it soon became a sensation amongst all social classes. The game was very popular in the UK during the Second World War. It was a dark period and bingo provided a distraction and a sense of escapism from the real world. Nowadays, bingo is enjoyed by people from all generations and is more accessible than ever thanks to the new technology.

What are the basic rules of bingo?

Some of you might, literally, be new to the game. So, we’ll just introduce you to the game’s basic rules. In the British bingo version, players will usually be given a bingo ticket that includes 27 spaces, spread over nine columns and three rows. Numbers will range from 1-90 and will be arranged randomly across the bingo ticket. A caller, who runs the game and randomly draws numbers, will shout out a number.  Players who have that number on their ticket can then cross it off. The winner is the first player to mark off the numbers needed to win from their ticket.

Some of the winning combinations are:

There are different variations of bingo depending on the bingo club you go to and the country you play in. Another famous version of bingo is the American one, played with 25 spaces instead of 27. Keep in mind that some callers also use bingo lingo, or specific bingo terms, to call out the numbers. The bingo lingo is usually entertaining and full of cultural connotations, so it can change from country to country. The more experienced you’ll get, the more bingo lingo you’ll learn along the way!

What are the odds of winning at bingo?

In general, bingo games are completed within 75 calls. If you play a game with that number of calls, your odds of winning are around 20 to 1. According to several calculation tables, getting a ‘full house’ combination is impossible under 15 calls. So, the minimum number of calls needed to have a chance at winning is 15. A study found that only 2% of bingo games were won within 48 calls whereas 75% were won within 64 calls.

Boosting your chances of winning

You can boost your chances of winning at bingo by buying several bingo tickets. Not all bingo halls give players the opportunity to buy more than one ticket. If they do, you can take that opportunity to increase your chances of winning. The more tickets you buy, the more your odds increase. You can also boost your chances by playing with smaller groups of people. If there are more people playing at the same time, the game will end quicker than if there are just a few people.

So, you might boost your chances of winning by playing with a smaller group which will give you time to mark off one of the winning combinations. You can try and increase your chances of winning by playing a version of bingo with less spaces. For example, with the 90-ball bingo game, you have a one in 90 chance of having one of your numbers called.  You can try versions of bingo with less spaces to increase your odds of having your number called.

On that note, you can try and find versions of bingo with many winning combinations. The more winning combinations available to players, the more chances you have of obtaining one. The rest of the game relies mostly on luck. The numbers are randomly selected so picking a specific number will not increase or decrease your odds.

Now that you know how to increase your odds of winning at bingo, here are three of the best bingo halls to visit!One of the most famous ones is the Dabbers Social Bingo. This one offers a unique experience with confetti, burlesque dancers, and live music.

There is also the Hijingo Bingo. Inspired by the city of Tokyo, this bingo hall surrounds players in pink and purple lighting, showcasing live music and other entertaining activities.  And the final one is the Buzz Bingo Tooting, a beautiful bingo hall in an old art deco cinema.

In this article we’ve discussed the basic rules of bingo, how to estimate your odds and how to increase them. We hope these tips have been useful and that you’ll test them out during a game of bingo!