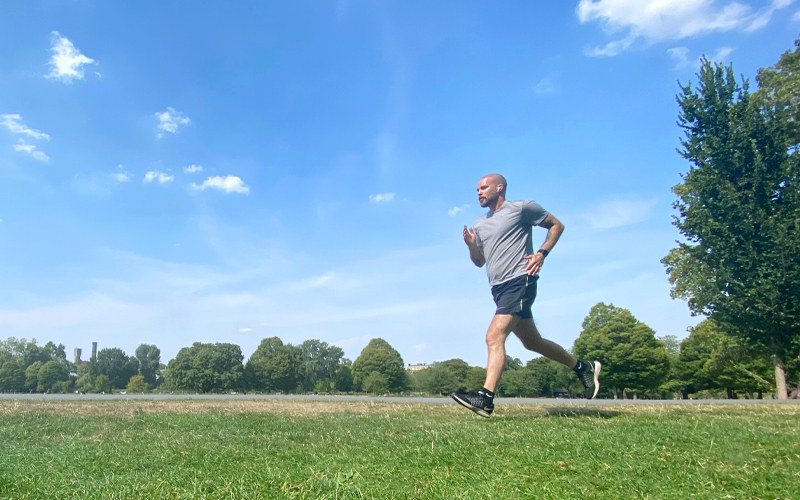 Our Favourite West London Places to Run, Cycle & Walk, brought to you in partnership with Apple Watch

It’s no secret that we love to travel but flying off on holiday hasn’t been so easy in 2020; instead we’re staying much closer to home and hitting up all the parts of London we miss on a day-to-day basis. And as there are just so many places to visit, we’re using Apple Watch to make the experience of getting around town as seamless as possible and to help us uncover even more of London’s hidden gems.

Although there’s no Notting Hill Carnival this year, it just wouldn’t feel right letting the summer go by without hitting the streets of W11, even if the closest thing we can get to a sound system is a playlist on Apple Music. At the south end of Portobello Road, we like to stop for an ice cream at Unico Gelato, before cutting across to Holland Park, and with Apple Pay on Apple Watch it only takes a tap of the wrist to buy it. As it doesn’t need to be activated with Face ID, it’s the easiest way to pay when we’ve got a face mask on.

The Serpentine may be a great place for a dip but when we wanna get our heart rate up, we prefer to run around it rather than swim across it. And because there are so many paths criss-crossing the park it’s easy for us to rack up the miles. As well as capturing distance, heart rate and rolling mile in the Workout app (all the metrics can be customised in the Watch app on iPhone), Apple Watch also has an Activity app that measures how much we move, exercise and stand each day. Closing our Activity Rings gives that extra bit of motivation we need to power through a run and as it all gets logged on the accompanying app on iPhone, it’s easy for us to see (and show off) our progress. Believe us, when you get that goal medal, you’ll stop conversations just to see it.

Richmond Park is extremely popular with cyclists, with the serious ones using laps of the road route around the perimeter of the park as a warm up before heading to the North or South Downs. We’re not quite as serious so we prefer to stick to the Tamsin Trail, which also loops the park but is off-road. Though we take it at a more leisurely pace – Broomfield Hill is a bit a of a killer, and we can’t resist deer watching either – we do still like to track our rides. As well as using the in-built Workout app on Apple Watch, we can fire up Strava and have all our data logged right on our wrist.

Apple Watch Series 5 is available from apple.com, starting at £399.