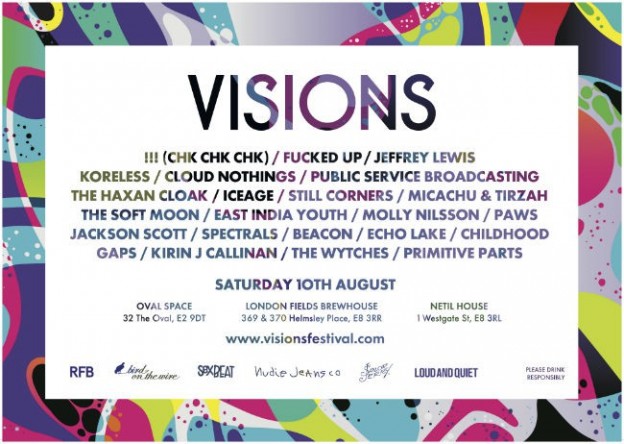 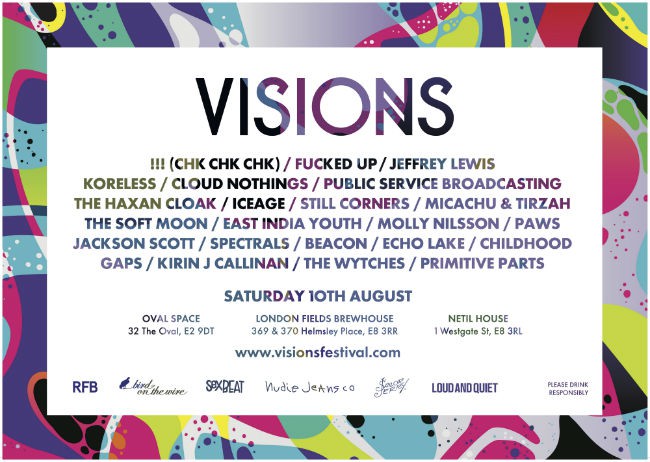 The reasonably-priced 1-day ticket gave access to 3 venues based in and around London Fields (Netil House, the Oval and London Fields Brewery); all moderately-sized, yet distinctly unique venues that allowed you to get up-close and personal with the bands, if that’s what you’re into, or space enough to stand at a reverential distance head-nodding.

Featuring a diverse line-up of 21 artists including big-hitters !!!(Chk Chk Chk), Fucked Up and Cloud Nothings, alongside the perhaps lesser-known, but certainly no less-impressive sounds of The Soft Moon, Primitive Parts and The Wytches, festival-goers were certainly spoiled for choice. Add to this a fantastic range of street food vendors, a rooftop bar, a specially curated exhibition, fantastic between-act DJ sets AND an after-party and you have a guaranteed success. With such a flying start, we can now only await eagerly to see how they can top this next year.