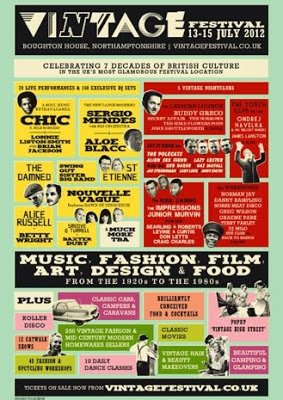 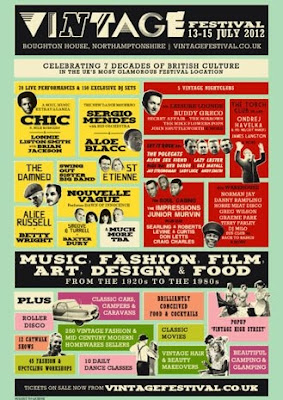 The festival will include 6 nightclubs all dedicated to a different decade which means you may find yourself back in the 80’s, dancing to 90’s rave (glow sticks allowed) or sipping one of the specially designed vintage cocktails whilst listening to some smooth jazz in true 1920’s style! Yeah baby!

There will be fashion shows from Twiggy and Jo Wood, and a vintage market on site so that you get dolled up in some true vintage clobber! The more creative amongst us may even want to have a go at making your own pieces and take part in one of the sewing and pattern cutting workshops held across the weekend.

There will also be the biggest vintage hair, beauty and male grooming parlour Britain has ever seen as well as a vintage film scene, an art area where you can paint your own pieces and afternoon tea served by Claire Clarke who has worked at both Claridge’s and the Ritz.

The festival will be held at Boughton House in Northamptonshire which is actually only an hour out of Kings Cross so pretty easy. Tickets are £139 for the weekend if camping and £125 if not.