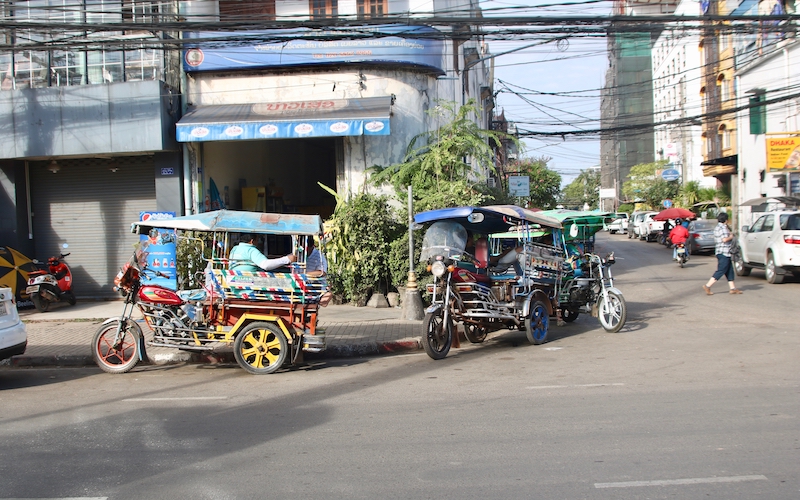 Our third and final stop in Laos was the capital city, Vientiane. The city is super laid back back as far as South Eastern Asian cities go, with quieter streets and a relaxed atmosphere – one person joked to us that every day is a national holiday in Vientiane, it’s that chilled.

It sits right on the border of Thailand, which is just a hop over the Mekong and can be seen from the riverfront. We stayed in the brand new Laos Poet hotel which has a slight French-Asian colonial feel to it, even though it’s in a super modern new building. Rooms are modern in design but have nice touches like palm wallpaper, fringed bedside lambs and a concrete rain shower and there’s a great rooftop pool. Located in the center of town a hop, skip and jump from all the markets, the Mekong and there’s free bikes to use for trips further afield.

One morning, we cycled over to Phat Wat Luang the biggest Buddhist temple in Laos – it’s gold, VERY gold. The whole place is very colourful in fact, with lots of bright temples and the juxtaposition between the new and old buildings only adds to its charm, just like the city itself.

We found good food at the Ban Anou Night Market which was a little more local than the bigger, main night market on the riverfront – we had excellent Laos sausage as well as deep fried rice cake from a stall that a huge queue of locals. If you’re after something other than street food, head to Amphone which features in Bourdain’s Laos episode. A little more sophisticated than a street food stall but still super local dishes and a very friendly owener who is happy to give recomendations.

There’s not a whole lot to do in Vientiane other than eat, potter the streets taking pictures and getting cheap Laos massages but if that’s the course of the day then so be it. 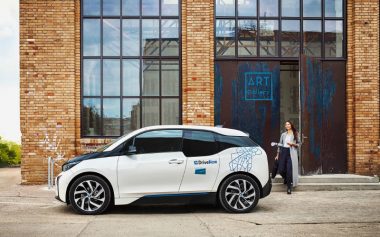 WORLD’S BEST & WORST DRIVERS ACCORDING TO… (1)