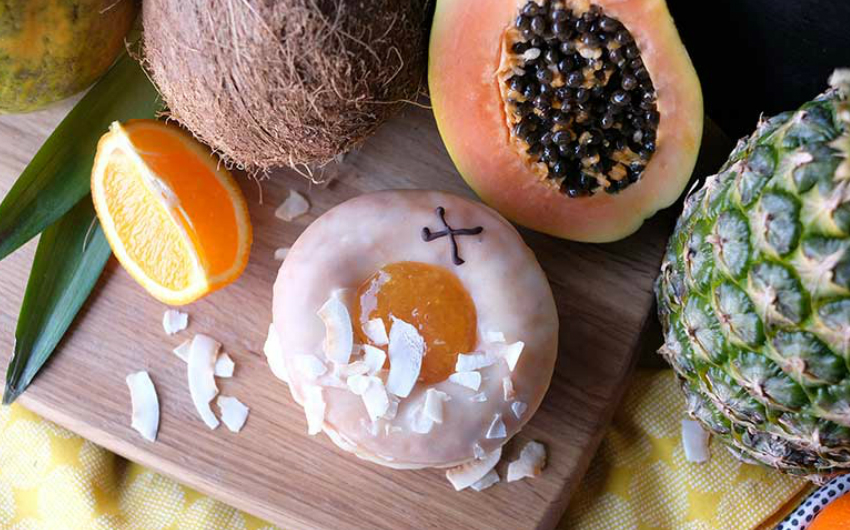 Crosstown Doughnuts have been serving a weekly vegan special for the last few months but now they’re going all out and opening a dedicated vegan shop in Marylebone in March. We’ve had their vegan doughnuts before and they are fantastic, you really wouldn’t know that it was any different to the ‘regular’ selection. The availability was always quite limited, however, so to have a guaranteed and bigger line-up of special doughnuts in one place is great news for vegans and those trying to even be a little more vegan (including us).

The new site is opposite Selfridges on Picton Place and will be open seven days a week, serving doughnuts, coffee and soft drinks – all vegan friendly of course. In the run up to the opening, Crosstown will be previewing two new flavours at their regular stores including a vegan tropical compote with a pineapple glaze (9th – 11th March) and a vegan forest fruit compote with a vanilla glaze and vanilla crumble (16th – 18th March). Go nuts for those doughnuts.