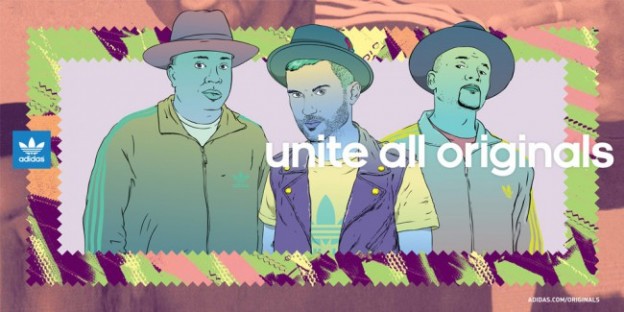 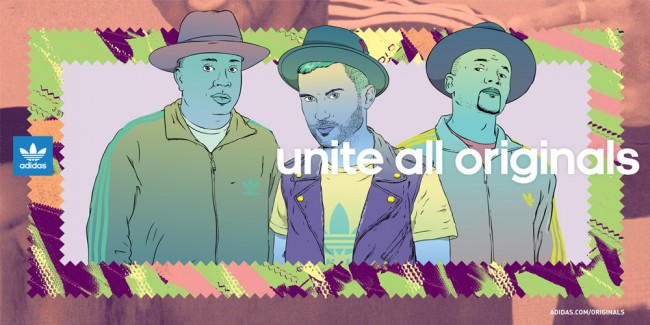 Run DMC started out in Queens, New York and are noted for bringing hip hop into the mainstream and beyond. Not only are they famous for their signature beats, but also for their original take on fashion sensibility, especially their weakness for Adidas.

Their flamboyant 80s stage wear was a mix of street style, which almost always consisted of a denim track top, Kangols, fedoras, thick framed glasses and Adidas Superstars, obviously worn without the laces in true prison style. This is some serious Ghetto Fab were talking about.

Going back nearly 30 years, the Run crew chose to wear Adidas. This was long before the days of celebrity endorsements. To put it simply, it was three brothers, with a love for three strips. Their love for the product was cemented in the 1986, from the album Raising Hell with the track My Adidas, which not only showed the passion for the product, but also their fans. It was Adidas that represented the lifestyle of the culture Run and fans alike lived by.

When performing the track to a sell out crowds in Madison Square Garden, they shouted out to the fans to lift their sneakers in the air. A monumental moment occurred when thousands of Adidas Superstars rose to the sky. The rest is pretty much history and that moment sparked a new era of corporate affiliation with hip hop music.

In 2013, Run DMC are waking up from a long overdue hibernation, and to launch them back into the limelight they have released a brand new tune with A-Track, plus an interactive music video under the Adidas Originals banner.

As well as new music, the new A/W 13 collection for Adidas Originals is packed with sweats, crews, hoodies, all emblazoned with Run DMC’s timeless logo. Special editions of the Superstar 80s top the must have list, with only 1,000 pairs worldwide. The sneakers feature a printed leather sockliner, regular and fat lacing and of course the elastic tongue, which allow those who are looking for prison chic to get it just right…like the boys did back in the day.

Grab the collection at selected Adidas Flagships and adidas.com