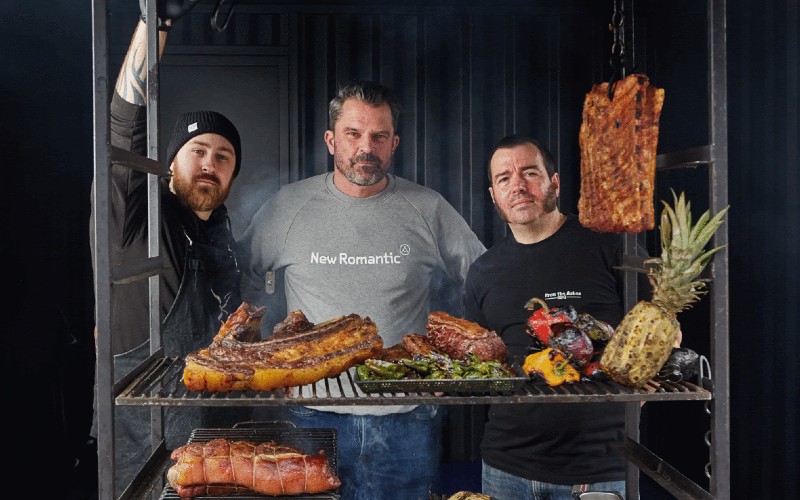 Two Tribes in King’s Cross is already one of the best breweries in London but they’re taking things up a notch this spring by opening Campfire, an all-new outdoor space featuring a taproom and fire pit. Set right next to the main brewery, Campfire will feature a shipping containers, outdoor seating and an open-fire kitchen where a roster of chefs will cook up a storm. From The Ashes BBQ, the hatch in Hackney Wick responsible for those pork & nduja doughnuts, will be in residence, serving up their signature dish plus the likes slow-smoked ribs, vegan corn ribs with chilli butter, crispy beef fat potatoes, BBQ beans, and fire pit chocolate profiteroles with chocolate beer sauce, alongside a selection of Two Tribes beers. Guest chefs will also be taking over the fire pit during the week; Adam Handling is first up on 19th & 20th April with a one-off menu, with Andrew Clarke, Ramael Scully, Chris Leach and Genevive Taylor from Bristol Fire School all following.

As well as the food and the beer, Campfire will also run a music programme in the summer curated by Peter Herbert, former resident DJ at Ibiza’s Cafe Del Mar, featuring DJ sets, album previews and secret concerts. Yep this is one campfire you’ll want to sing around.