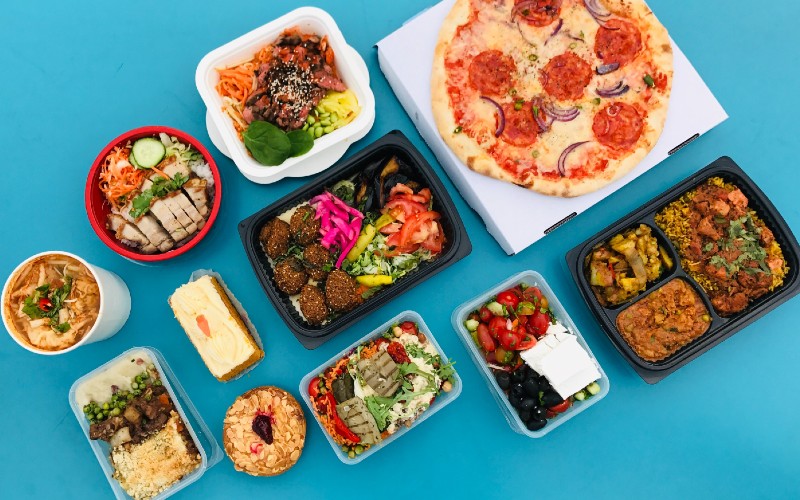 TV DINNERS | MATCH YOUR TAKEAWAY WITH WHAT YOU’RE WATCHING

We’ve already brought you a list of the best restaurant deliveries and a guide on what telly to watch. Now for all the really indecisive people, we’ve paired TV shows with their perfect takeaways, so you can spend less time thinking and scrolling and more time eating and watching. Forget the old-school frozen ready-meals, these are the new TV dinners.

It’s not often that ruthless billionaire Bobby Axelrod does something as low down and dirty as go to a cheap neighbourhood pizza joint in Queens, but in Billions, this is one of the few times he kicks it with the great unwashed. For Bobby, his favourite slice shop from his yoof (filmed at real-life Rosa’s Pizza in Queens) is a place to go and feel all nostalgic and looked after when he’s feeling down. All of which is to say, pizza is the answer to everything, and an 18″ Holy Pepperoni from Yard Sale is the perfect partner to Billions.

The Sopranos and Dom’s Subs

Probably the series we’ve rewatched the most, The Sopranos never disappoints, even if we do find ourselves effing and blinding more around the house. As well as dropping shots at Bada Bing we see Tony and the crew dealing with their headaches at sandwich shop Satriale’s. What better then than a Dom’s Subs sandwich delivery to make you feel like you’re part of the mob – just don’t f**king throw it you piece of sh*t.

Sex and The City and Sushisamba

Naturally if you’re watching SATC you’ll be wearing stilettos and drinking cosmopolitans so you’ll want something equally as extra to eat. Order a blowout feast from Sushisamba, including sushi, tiradito, black cod, and samba rolls, and pretend you’re on a fancy night out with the gals. Presentation of the sushi on your body, Samantha-style, is optional although worth it for the viral TikTok video…right?

Hollywood and Burger & Beyond

Ryan Murphy’s newest series is set in the golden age of Hollywood, the era of classic movies, and there’s nothing more classically American than a burger and fries. You could go down the chain route and order in a Maccy’s or a Shake Shack but we’d say Burger & Beyond, with its bacon butter cheeseburgers, rice krispie fried chicken burgers and dirty tots, is the way to go – extra bacon and extra butter is how they do things across the pond.

Sunderland ‘Til I Die and Pieminister

With no live football on at the moment, you’ll have to make do with a football documentary to get your fix (or watch re-runs of Euro 96 and go through the pain all over again). Sunderland ‘Til I Die will provide you with all the highs and lows both on and off the pitch, and you can make it an authentic footy experience by ordering in a pie from Pieminister. Mash, peas AND gravy are all musts.

KOL MEZCALERIA TO OPEN IN MARYLEBONE (28)