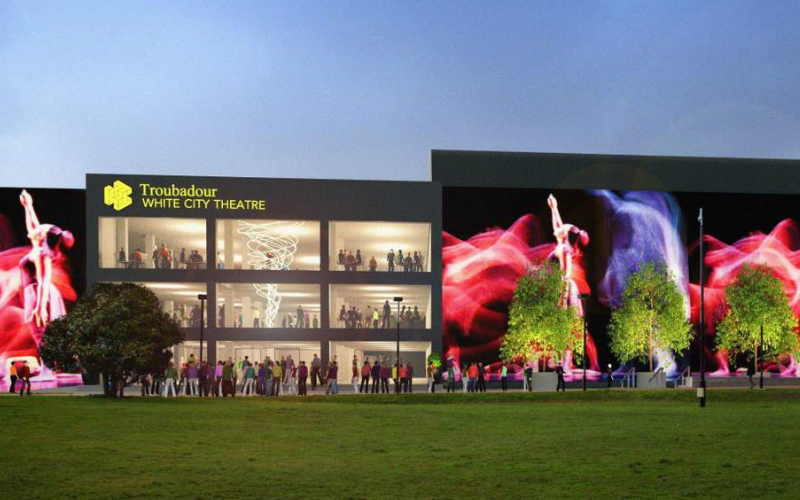 Television Centre in White City has already been transformed into a restaurant hub and the development in the area is not slowing down, with a new pop-up theatre from West End producers Oliver Royds and Tristan Baker opening in the summer.

Opening on the site of an old BBC car park, the Troubadour Theatre will have 1200 seats making it capable of staging West End-scale productions. The seating will be changeable, meaning it can be arranged in rows, in the round or totally removed, so it’ll be able to host a wide range of shows, from musicals and plays to dance and immersive productions, without the restrictions of a typical theatre.

Work on the theatre plus a separate 800-capacity performance space is due to start soon so keep your eyes peeled if you’re out west.

Check out what’s on at the theatre right now, right here.