Billed as Kerala’s first dedicated surf hotel, Soul & Surf offered exactly what it said on the tin – a laidback hangout where we could combine the physical thrills of surfing (oh, the irony) with time soaking up the beach life and all that Varkala town had to offer. 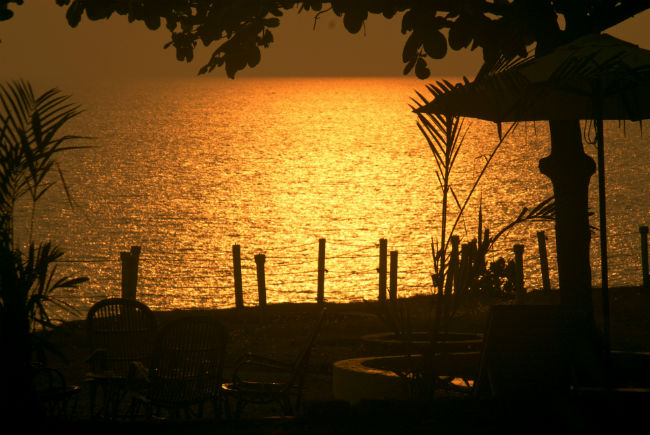 After having travelled the world over and trawled India’s 4,700 miles of coastline, an intrepid Brighton couple (Ed & Sophie) stumbled across Varkala a few years back, when looking for an unspoiled stretch of coastline to indulge their passion for surfing. After falling in love with the town’s charm and endless miles of empty beaches, they decided to leave the UK behind and last autumn saw their dream come true, with the official opening of Soul & Surf.

With its residency on a cliff top, the hotel is built around a heritage Keralan house, along with 15 rooms (across three different categories). 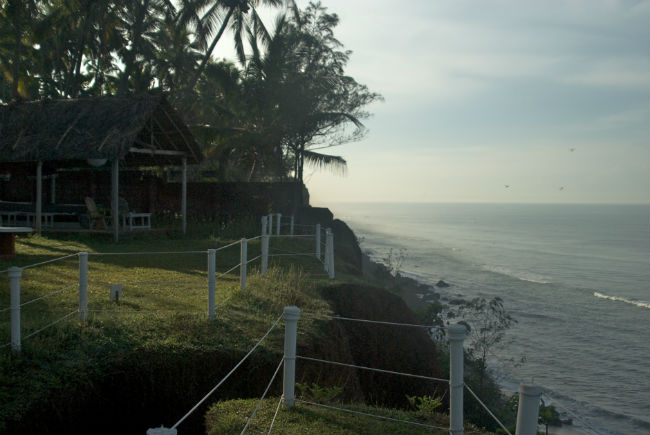 When not found falling head first into the sea after the umpteenth tumble off the surf board, we spent our days stretching out our sore muscles at evening yoga classes (vinyasa flow, for those in the know), lazing around the nearby beaches, as well as making the most of the hotel’s café which served up a range of tasty Keralan dishes. More often than not, our evenings were spent chowing down some of the best dosas you’ll ever clap eyes on along with steaming mugs of chai tea at Suprabhatham – the best pure-veg joint in Varkala town centre. 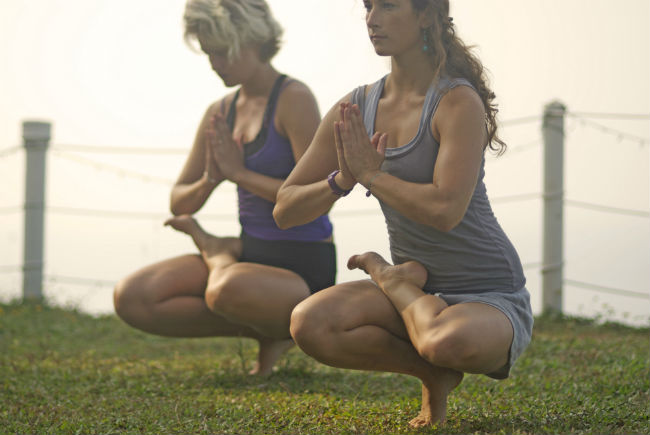 Home to a surf school with India’s first and only ISA qualified instructors (which may we also add come with the patience of a quartet of saints for the more inept surfers among us…), coupled with sandy bottomed, empty beaches and (relatively) gentle waves, it was by far the best place we could have learned to surf. Even if O’Neill’s scouts are unlikely to be banging down our doors anytime soon looking for their next models… 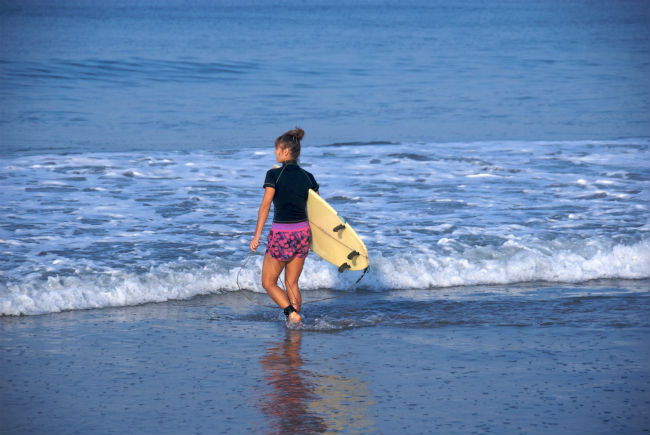 And if you are in need of limbering up before your next surfing adventure, be sure to visit the London ‘Yoga for City Surfers’ classes, with classes specifically geared towards landlocked surfers (of all abilities) looking to ramp up their fitness in between trips.