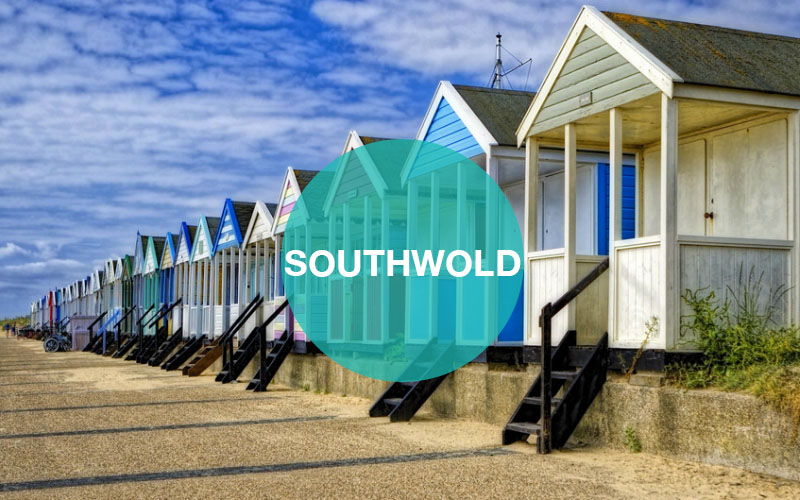 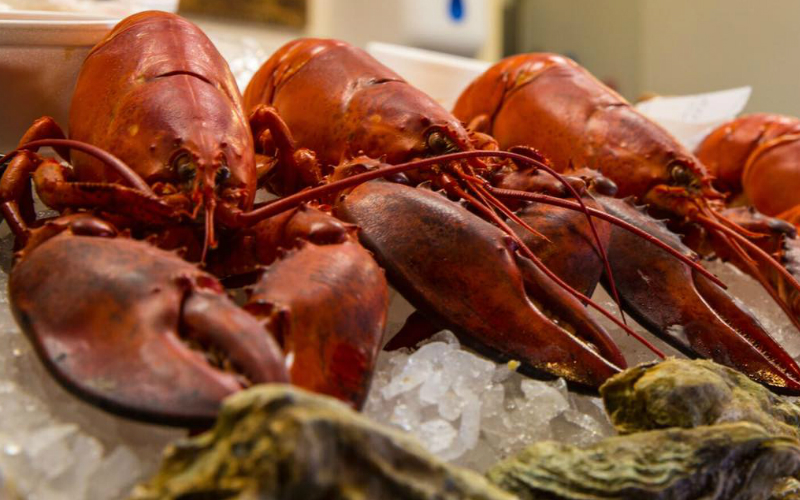 Seafood at the seaside…groundbreaking. But seriously, the fish in Southwold is pretty banging. The Little Fish and Chip Shop and Mrs T’s Fish and Chips battle it out for the top spot but honestly both are great…one’s by the beach and one’s on the harbour, so you can get your fix wherever you are. The Sole Bay Fish Company, fishmongers, smokehouse and restaurant all rolled into one, should also be on your hitlist for mega seafood platters.

DRINK: ADNAMS ALL THE WAY 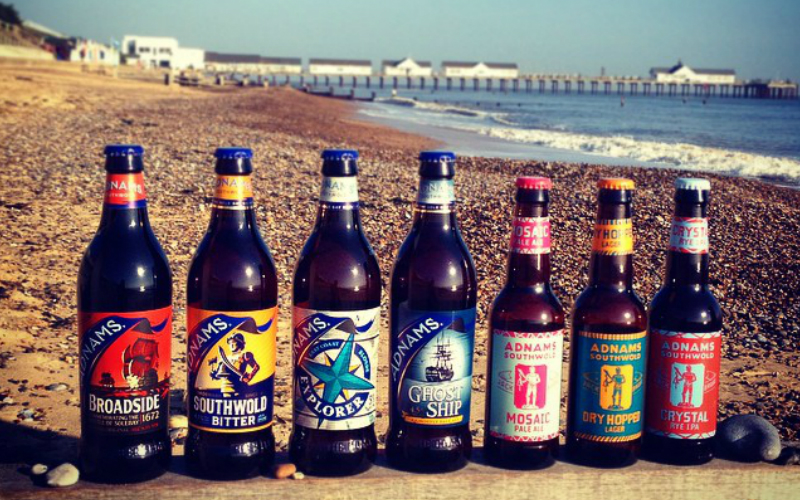 Southwold is home to the Adnams Brewery so if you’re after a pint, you can’t do much better than going to the very place where it’s made. if you really want to ramp things up a notch, go for a spin round their Copper House Distillery and try out their spirits. Alternatively, if you’re after some bevs of an evening just head down to one of Southwold’s many pubs…The Sole Bay Inn is right by the brewery and the lighthouse, The Lord Nelson is a nice lively spot, and The Harbour Inn is a proper old fisherman’s pub. 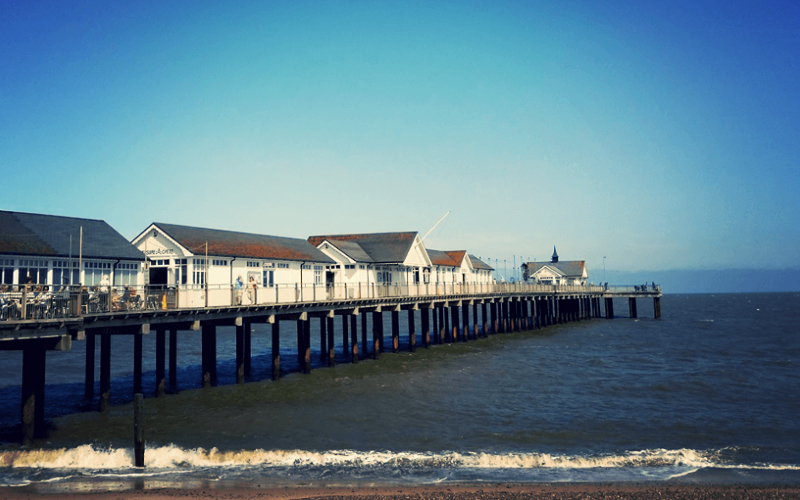 No seaside trip is complete without a trip to the pier. Now Southwold Pier might be a little under the radar compared to the likes of Brighton and Southend, but bigger isn’t always better. Plus it’s got a Wacky Wall of Mirrors, a Quantum Tunnelling Telescope and some very weird arcade games, all for your entertainment. Keeping with the sea theme, another local landmark not to miss is the lighthouse…whether you’re in it for the inside knowledge or the instagram ops, it’s worth a climb to the top 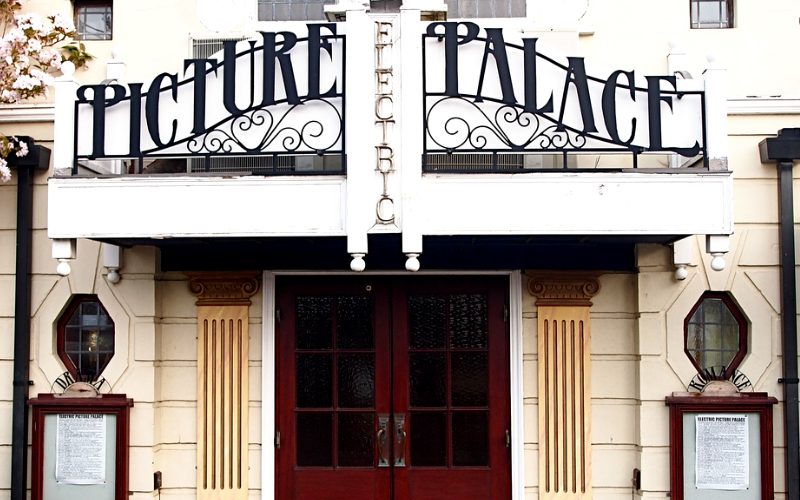 As you’re by the sea, it’d be silly if you didn’t get out on the water. You can have a go on the Coastal Voyager….which is a pretty speedy speedboat…or you can go one better and learn to skipper it yourself. Yes, you can be unleashed on the open seas. And for those inevitable rainy days, catch a movie at the Electric Picture Palace, an old-school screen with a cinema organ and proper chairs, just like the one they had in 1912.

STAY: IN A GUN FORT 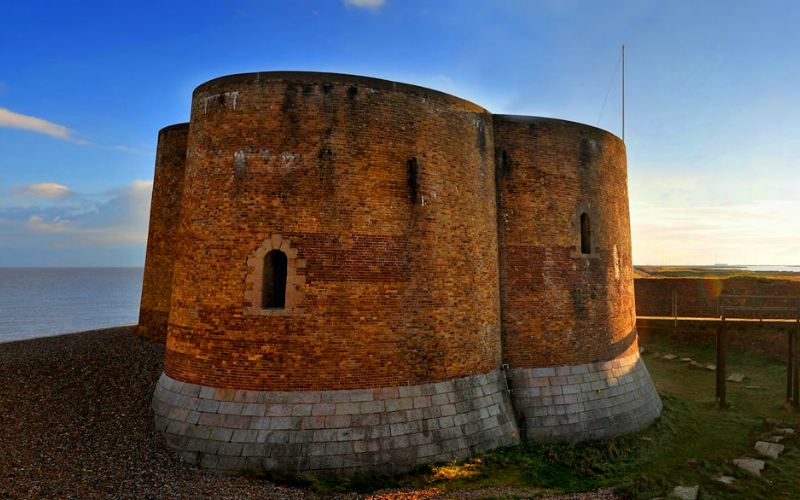 It may be a small town but Southwold is not short of accommodation options. Holiday cottages are the way to go if you’re in a big group, and hotel-wise, the best ones also have good restaurants attached, meaning you can really go to town on the food and drink. The Adnams-owned Swan Hotel is right in the centre of town and has a good spread of rooms; you can get views of the lighthouse, the garden or the sea. Sutherland House is another great rooms and restaurant choice. It’s one of the oldest buildings in Southwold…we’re talking around 1455 old…and King James II once stayed, so you can kip just like royalty. If you want something a little more spesh for your weekend away, you can genuinely stay in the Martello Tower, just down the coast in Aldeburgh…one hell of a rooftop and no neighbours.

Tell us about your travels with #lotitravel