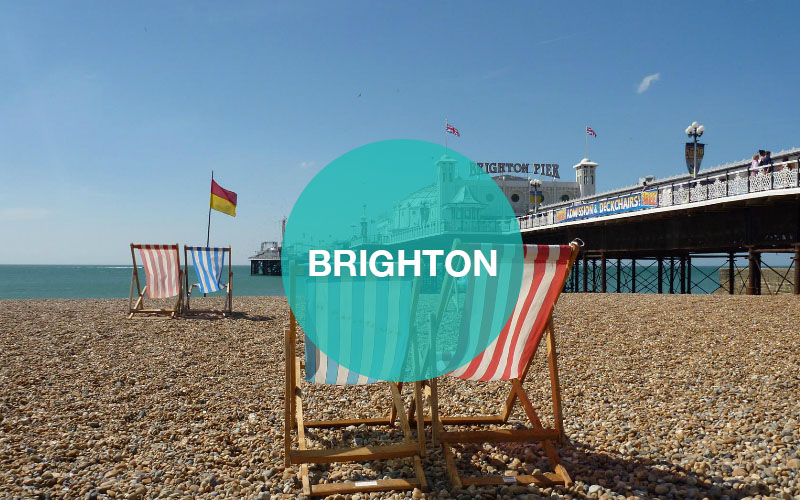 Brighton, Brighton, Brighton! Home to Britain’s first ever casino, the Metropole Hotel and also the UK’s first naturist beach, Brighton is just a little bit casual. There are more restaurants than anywhere else in the whole country, with a ratio of 1 restaurant for every 250 people, AND 1 drinking den for every 320 people. Brighton escaped a bombing in World War II as a certain Mr Hitler wanted the Royal Pavilion as his own seaside home. Considered to be the second most haunted city in Britain, after York, it could be the reason why some of there 60,000 light bulbs that make up Brighton pier tend to flicker in the dark. But probably not…so whether you’re a mod or a rocker,  let’s hit the beach… 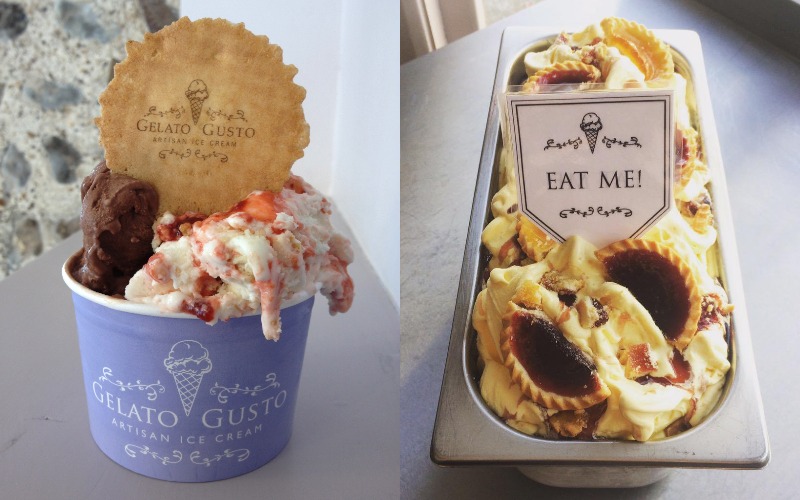 Brighton has no shortage of good places to eat, with lots of London chefs moving in for a sunnier life. For a local catch head to The Little Fish Market and work your way through their five course tasting menu from Duncan Ray, a chef previously at Blumenthal’s The Fat Duck, but it’s not all about the posh nosh and you can’t beat a bag of chips from Bardsley’s – the place has been there since 1921, so it must be doing something right! If you’re not feeling a fishy supper, hit up Curry Leaf Cafe for a South Indian delight or for something a little bit different try Silo, the UK’s first no waste restaurant. And once you’ve munched your way through all that, make sure you grab a scoop of Gelato Gusto or if you’re feeling really extravagant try their  GELATO BURGER; a brioche bun stuffed with gelato and choccie sauce.

DRINK: OFF THE BEATEN TRACK 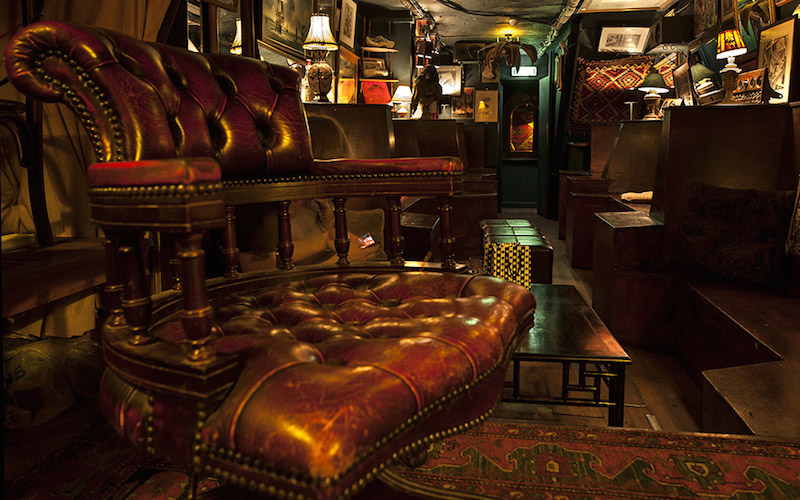 There’s no shortage of drinking dens in Brighton with over 400 boozers in the area, but the best tend to be off the beaten track…away from all those stags, hens and drunken teenagers. The Black Dove is good for something a little bit different; the waistcoated mixologists will make you literally anything you want and serve it to you on a chesterfield, but the best cocktails are served up at Bar Valentino; hidden above a Mexican restaurant the secret bar has some bangin’ views too. For a more traditional pub, try the Fortune of War; a ship-shaped pub on the seafront or The Basketmakers Arms for a good selection of Ales. 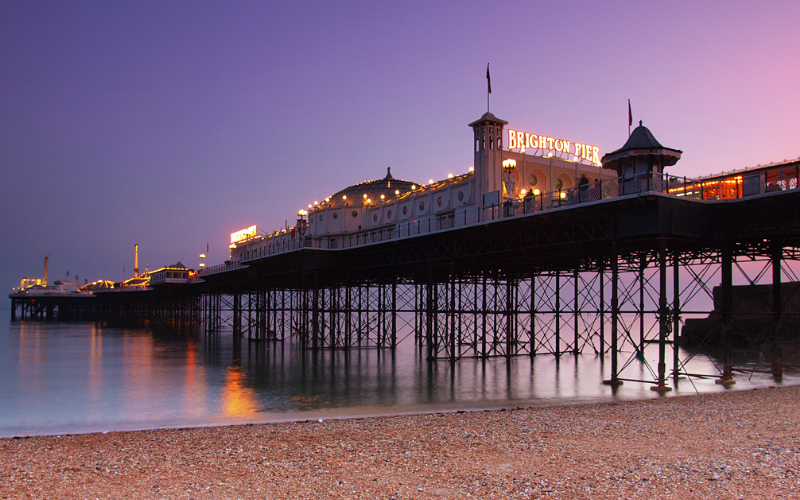 Go to Brighton and see the pier. Yeah we know it’s rather obvious but how can you not? Take a spin round the arcade, munch on a stick of rock and get your snap of the burnt-out West Pier. Instead of going out to sea, go up with a “flight” on the British Airways i360 “vertical pier”. The latest addition to the landscape has divided opinion but the views are bloody good from up there. Brighton’s also got a bangin’ arts scene so keep your eyes peeled for the many public artworks dotted around town. Our fave is ‘Afloat’ aka the giant doughnut…go forth and insta. 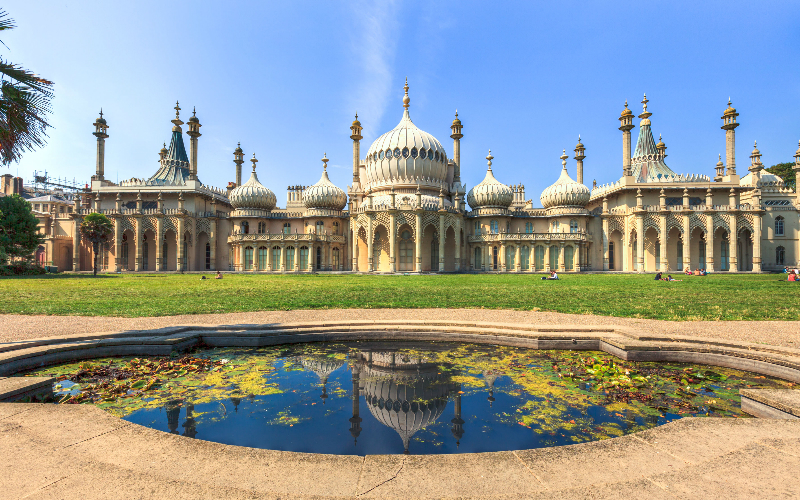 Just like the pier, the Royal Pavilion is another local icon that deserves your time. It’s got a banqueting room, it’s got chandeliers, and it’s got King George IVs state bed (complete with tipping mechanism…he was very, very overweight). For something a little more down-to-earth, head over to the Old Police Cells Museum. Free tours are led by retired police officers, so you’re sure to get some good stories, and there’s plenty of old gear you can play with. And you can give your legs a break from all that walking around by cruising along the Brighton seafront on the Volks Railway, which just so happens to be the oldest operating electric railway in the world. 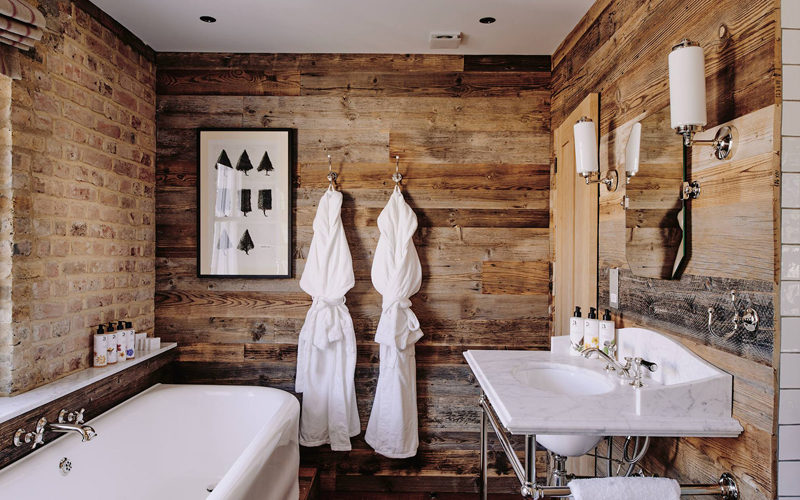 Vibing from the abundance of art, the Artist Residence is a 23-bedroom townhouse hotel with two restaurants and many of their cool, quirky rooms designed by street artists. Above the beach you will find Drakes, which has City and Sea view rooms that are individually designed to show off their style, think rolled top baths, deep loungers and luxurious comforts. To tie in with the nakedness of the first naturist beaches there is the Sea Saw See, which is probably the sexiest and most seductive hotel in Brighton…how bloody naughty!