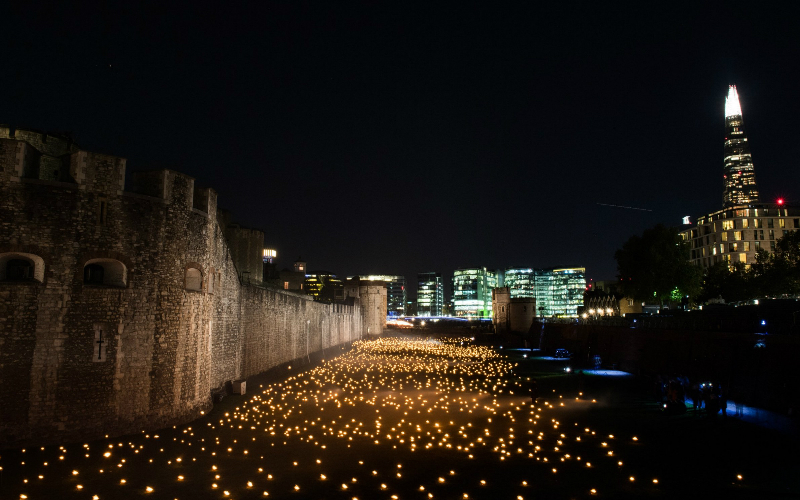 To mark the centenary of the start of WWI four years ago, the Tower of London’s moat was filled with those beautiful ceramic poppies as part of the ‘Blood Swept Lands and Seas of Red’ installation, some of which are now on display at the Imperial War Museum. Now to mark the centenary of the end of WWI, the moat has been filled with 10,000 torches in a piece called ‘Beyond The Deepening Shadow’. A team of Beefeaters and members of the armed forces will light the torches, accompanied by a choral sound installation, each night until Remembrance Sunday. It’s free to see the torches being lit and it’s another moving way to mark the milestone.

In the meantime, these are the exhibitions you should check out right now.