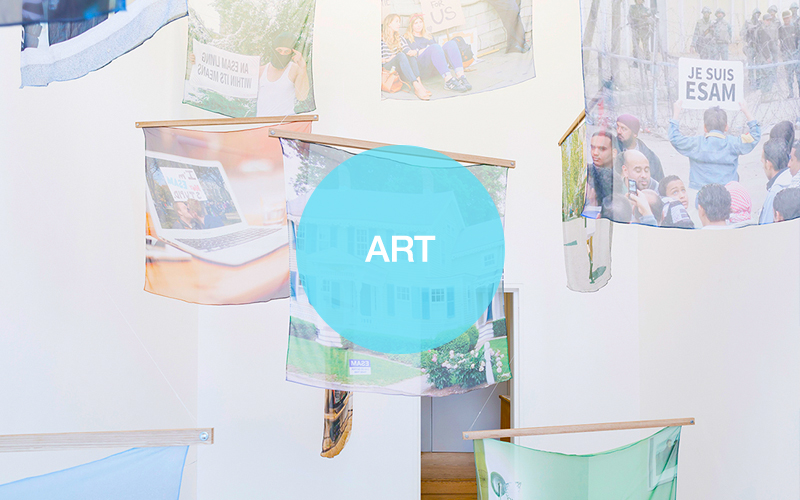 The double-height ceilings at Roman Road Gallery are the perfect staging for Tom Esam’s current exhibition ‘Complex Problems, Simple Solutions’ as images from his latest photographic project have been printed on silk banners and are suspended at various heights from the ceiling. The bright colours and use of the artists own name in his ‘ESAM’ slogan add lightness to the tough topics being explored; namely the dying skill of rhetoric in modern day politics, the use of imagery to influence populist sentiment, and propaganda.

On display until 23rd September head over to Bethnal Green for some east London culture. 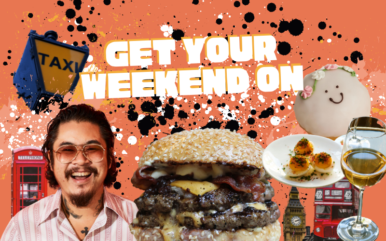