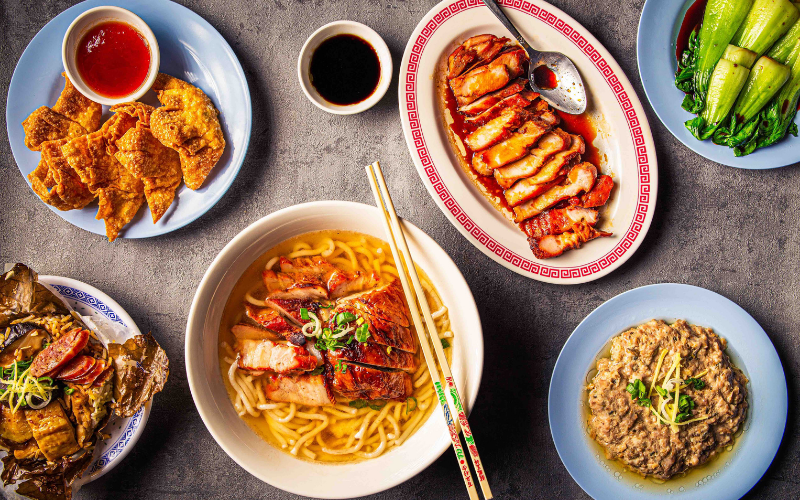 They’ve done the City and Camden and now the Three Uncles, friends and chefs Cheong Yew (Uncle Lim), Pui Sing Tsang (Uncle Sidney) and Mo Kwok (Uncle Mo), are heading south for site number three. Opening in Brixton Village in March, this’ll be the group’s first sit-in restaurant (the other two are takeaway kiosks) and will serve up the Cantonese roast duck, crispy pork belly and char siu pork they’ve become known for as well as their Hainan chicken rice and lo mein noodles for eat in and takeaway.

There’ll also be dine-in only dishes on offer in Brixton too, including lotus leaf rice with Chinese sausage, steamed chicken, shiitake mushroom & chestnuts; steamed minced pork with preserved vegetables; and roast duck & char siu lai fun noodle soup, so it’ll be well worth taking the time to sit in. The soft launch kicks off on 8th March and the first 328 customers (a symbol of prosperity in Chinese numerology) will get 50% OFF their entire bill, but they’ll be continuing the celebrations on 14th March (their official opening date) too with FREE house beers for all. As if we needed another excuse…