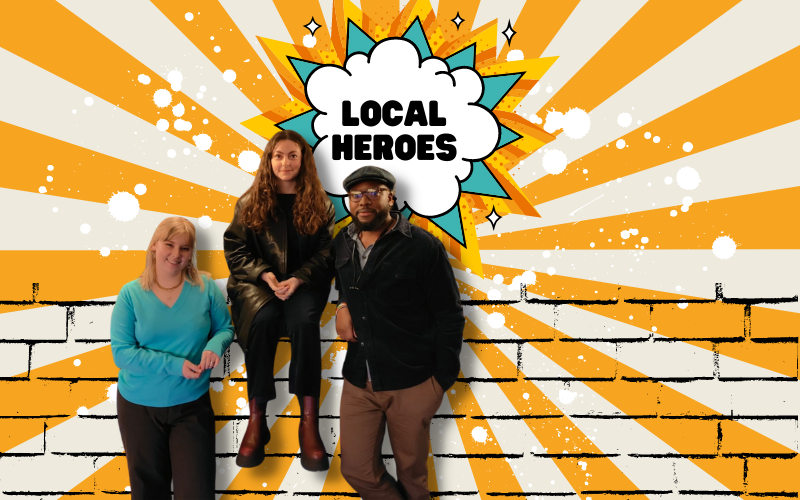 Located in Peckham Levels, Well Seasoned is a live music and community arts space that champions POC and LGBTQIA+ inclusive events. Sister to The Jago in Dalson, Well Seasoned was founded by Kwame Otiende with the mission “to platform music and arts that is outside of the mainstream, emphasising the importance of artist discovery and diversity”.

Diverse programming is central to the venue, as is celebrating emerging artists and local South London talent. “Peckham is a super vibrant part of London with a love for arts and music. Being based here is exciting as we have access to a range of incredible grassroots and independent collectives who we can’t wait to form partnerships with,” says Kwame. “There are so many diverse and talented musicians in Peckham as well which creates a buzz and anticipation for the live music scene here. I think South London has been in need of more community arts spaces like ours, and it’s nice to feel the excitement from the locals about a new upcoming space in the area.”

Opening an arts venue isn’t an easy task at the best of times but throw Covid into the mix and it’s a whole different ball game. There’s a need and a want for these spaces and that’s why Kwame believes its worth the effort and why Well Seasoned has worked. “For us, the importance has to be on programming events that offer a space for artists who may not have been able to survive post-COVID without spaces like ours. Working collaboratively with our promoters and artists is very important,” he says. “At the end of the day, people want to experience new music and events, and even with the challenges of the industry at the moment, if we’re offering something special and different to the mainstream, I think this sets us up as a very unique space.” With plans to run more queer nights, all-female line-ups, safe space events and expand the range of art on show to include panels, poetry nights and dance, Well Seasoned is only set to stand out from the crowd even more.

Kwame also has intentions to open a recording studio at Well Seasoned with subsided costs for women, marginalised groups and the local community to help people get a foot in the door and give them a safe space to create, which further builds on the venue’s mission to support new artists and grassroots events. Seeing the place come to life and play host to upcoming performers has been a real highlight for Kwame, as he says, “it is a good feeling to be able to support the artists who you know in a few years are going to be huge. There’s always a real sense of that from the audience too, when you know that what you’re watching is something really special.”

They’ve already had Dele Sosimi and British-Ghanaian record producer, DJ and musician Juls pass through, and in terms of who and what to look out for still, Afro-Futurist collective Onipa are playing in June and every second and fourth Wednesday of the month are live jazz evenings with Abel’s Collective. “UK session bassist Abel Addington has put together a group of young, talented, fired-up musicians ready to explore the full potential of their musical abilities. We believe that these talented individuals, including the amazing David Mrakpor (Blue Lab Beats), are ready to take-off in the UK jazz scene,” explains Kwame.

As well as showing the love to some of the artists he’s hosted, Kwame also wants to shout out, “our sister space The Jago in East… Girls Against, an organisation fighting against the normalisation of sexual assault and misogyny in the live music scene…Movimientos, a not-for-profit organisation who are dedicated to bringing you the best and newest Latin American live music and reinvigorating the Latin music scene in the UK…Plantain Kitchen, which serves amazing West African street food on site…and finally, love to everyone London-based person who has supported us in some way since we opened, we’re extremely grateful and excited for the future.”

Local Heroes is a series where we big up the people, small businesses and neighbourhood spots that make London great, you can see more from our series here.