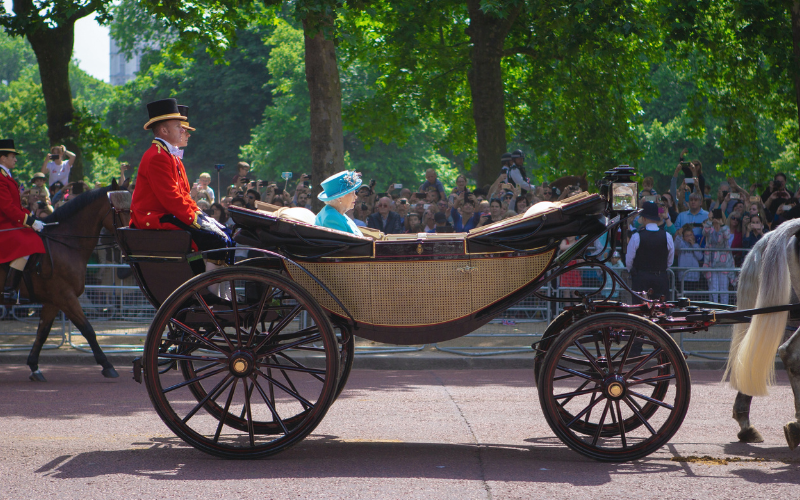 Following Queen Elizabeth II’s death on 8th September at Balmoral at the age of 96, the country is in a period of mourning from now until seven days after her funeral, which’ll be held at Westminster Abbey. Here’s the info on the various tributes and events to taking place to honour the Queen.

Weds 14th September | Procession to Westminster Hall
Around 2pm there’ll be a procession down The Mall, Horse Guards Parade and past the Cenotaph as the Queen’s coffin is moved from Buckingham Palace to Westminster Hall, in a route similar to the one used following the death of the Queen Mother in 2002. From around 5pm the public will be allowed to pay their respects as the period of lying in state begins.

Weds 14th – Mon 19th September | Lying in State
The Queen will lie in state at Westminster Hall for four days from 5pm on Wednesday to 6.30am on Monday. The public will be able to file past the coffin, 24 hours a day, which will be draped in the Royal Standard and have the Imperial State Crown on top, with a military guard present around the clock.

Sun 18th September | National Minute’s Silence
A one-minute silence will take place at 8pm on the evening before the Queen’s funeral, to “mourn and reflect on the life and legacy of Queen Elizabeth II”.

Mon 19th September | State Funeral
The Queen will be the first British monarch to have a funeral at Westminster Abbey since 1760 and it will be a bank holiday in the UK. The coffin will be carried from Westminster Hall to the Abbey, where there’ll be a minute’s silence as they enter. Following the service, there’ll be a military parade down The Mall ending at Hyde Park Corner, and then the hearse will travel to Windsor Castle, where the Queen will be buried at the King George VI Memorial Chapel alongside her parents. The funeral will be televised and crowds can also gather on The Mall on the day.