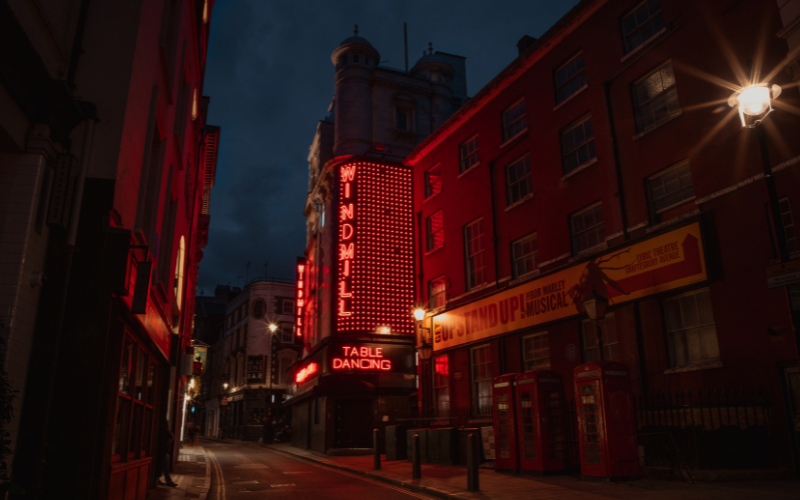 After a whopping £10 million revamp, the iconic Soho venue has now been fully restored to its former glory and will be reopening its doors. It was famous for being the first to show nudity on stage in London, and yes The Windmill Theatre will be bringing back their infamous showgirls but this time they’ll have (some) clothes on.

This is the first joint venture between Ryan Bishti (creator of the Cirque Le Soir club) and Amrit Walia, who are hoping to redefine London’s nightlife. So expect a theatrical dining experience set across three floors including a new bar, Palais De Luxe, which will take residency upstairs whilst Henderson’s the basement speakeasy sits underneath the 110-year old theatre. And not only is mixologist Andy Mil creating some funky numbers behind the bar, but Michelin starred chef Andrew McLeish is overseeing the food, which means we can expect the likes of tuna and black sesame tacos; truffle parmesan taglioni; and Wagyu sliders to hit the menu. What a way to celebrate the reopening of our theatres.