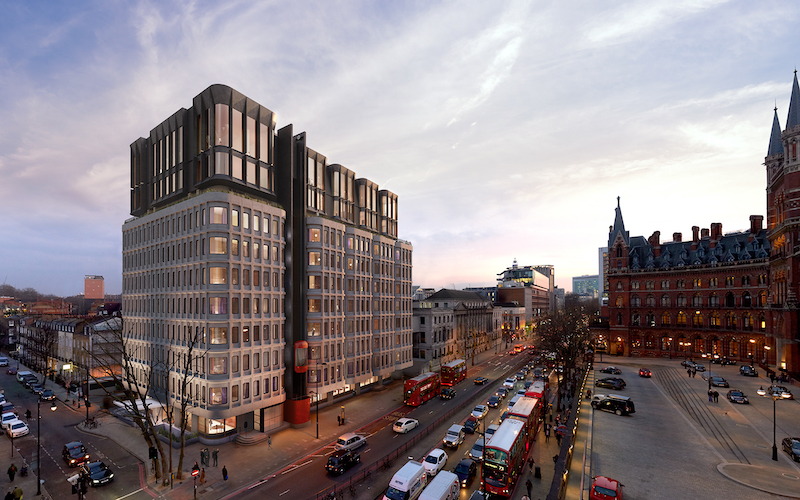 Londoners may like to think of themselves as no-nonsense, hard-headed realists (because years of elbowing your way onto the Tube during rush hour will do that to you), but a new survey has revealed its citizens are actually among the most superstitious in the UK. In fact, 79% of Londoners consider themselves to be superstitious, according to TopRatedCasinos.co.uk who commissioned the survey.

Bristol tops London in the superstitious city rankings, but only just, with 80% of its population admitting they pay attention to things like broken mirrors, black cats and the apocalyptic faux pas of opening an umbrella indoors.

Interestingly, the survey also pointed out a possible correlation between income and superstitious beliefs. Perhaps surprisingly, people with higher incomes (and therefore more likely to have higher levels of education) are far more likely to be superstitious. For example, across the UK, 67% of people in the £10-15k bracket classify themselves as superstitious, compared to more than 85% of people in the £46-55k bracket. That figure shoots up to a whopping 97.5% in the £66-75k group.

This may account for why London is a particularly superstitious city. After all, people living in the capital make more, on the whole, than others in the UK. In 2018, the BBC reported how the average weekly wage in London was £727, compared to the national average of £539.

Backing up the connection between higher pay and superstition is the fact that the next six highest earning areas in the UK are all in the South East. And it’s the South East which happens to be the most superstitious region in the UK, with the survey showing 77% of its population admitting to being superstitious.

So what specific superstitions really leave Londoners rattled? Here are some of the most prominent highlighted in the survey.

Around 35% of Londoners professed a belief that Friday the 13th is an unlucky black spot on the calendar. That’s a higher proportion than any other city (compare it to Glasgow, for example, where only around 16% of the population have anything against Friday the 13th). On top of that, almost 31% of Londoners said they avoid flying on the cursed date, even if no other options are available.

Also known as “paraskevidekatriaphobia”, if you want to be a massive show-off about it, the fear of Friday the 13th goes back a long, long time. And there’s still much debate about its origins. Some believe that a general fear of the number 13, perhaps related to Judas being the 13th disciple, was at some point conflated with a fear of Friday, perhaps related to Jesus being crucified that day.

There’s also a popular theory that it actually goes back to a specific date, Friday the 13th October, 1307. That was the day on which the Knights Templar in France were arrested under the orders of King Philip IV of France, a crackdown which heralded the brutal suppression of the whole order.

Another famous superstition many Londoners believe in is the one about broken mirrors bringing seven years of bad luck. Almost 45% of people surveyed gave this one the thumbs up, and it’s actually one of the most widely believed superstitions right across the country.

But what’s the origin of this enduring, and rather bleak, concept? It may have something to do with long-standing notions of the mirror reflecting the inner soul. Consider, for example, how vampires are supposed to cast no reflection in mirrors. Meanwhile, the “seven years of bad luck” thing is thought to stem back to Ancient Rome, and the Romans’ belief that a human being’s health is rejuvenated every seven years – meaning that damage dealt to the soul by a broken mirror would take a seven-year cycle to heal.

Here’s a particularly unusual one. More than 20% of Londoners surveyed are in favour of saluting magpies, which is a superstition many city folk may not even have been aware of.

Actually, magpies have long been shrouded in myths and superstitions. The Ancient Greeks associated the birds with Bacchus, the god of wine, while Scottish lore has it that a magpie spied near the window of a house is a sign that death is near. There’s also a much-quoted belief that magpies refused to travel on Noah’s Ark, thus sullying their reputation among some believers.

Even among non-mystical or religious people, magpies are widely despised as the swaggering thieves and scoundrels of the bird world. Their ominous reputation is summed up by the classic nursery rhyme, “One for Sorrow”, which connects the number of magpies you see with good and bad luck.

According to a version of the rhyme, sighting 12 of the blighters will bring a “dastardly curse”, although just one was enough to cause the death of a cyclist in Australia, when he swerved to avoid a magpie swooping down on him.

Suddenly it doesn’t seem like a bad idea to follow the superstition of bidding the bird a warm hello, with one classic greeting being “Good morning Mr Magpie, how is your lady wife today?” You might want to whisper that to avoid funny looks on the street.

Many residents of the Big Smoke also honour some classic rituals related to weddings, with 51% believing the bride and groom should not see each other before the ceremony. Almost 48% also gave the nod to the traditional elements of a bride’s wedding outfit – “something old, something new, something borrowed, something blue”.

This famous rhyme was first recorded in print in the Victorian era, with the earliest version appearing in a magazine short story, where a bride-to-be laments that “on the wedding day I must ‘wear something new, something borrowed, something blue’”

It’s generally thought that the “old” item brings protection for a future child, the “borrowed” item should come from a previous bride whose happiness is transferred with it, while the “blue” item wards off the Evil Eye. As for something “new”… well, there’s no satisfactory explanation, except perhaps that it makes the rhyme flow nicely. (Fun fact: the original rhyme also featured a “sixpence in her shoe”, which is generally forgotten these days.)

It probably won’t come as a surprise to know many Londoners cleave to sporting superstitions. After all, even the biggest cynics and realists often have those little rituals when it comes to their beloved teams. Almost 38% of people in the Smoke have a lucky item of clothing, like a football shirt, while around 20% take things up a notch by refusing to allow a partner or family member to watch the game with them – in case they bring bad luck. Charming!