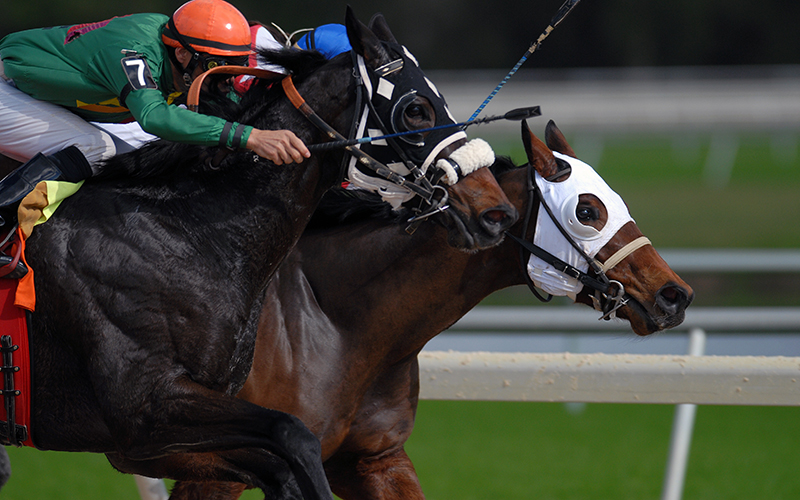 When you head over to the races to bet on one of the horses, there are several factors you look at – the form of the horse, the track conditions, the best racing odds and, of course, the jockey. The quality and skill of the jockey are pivotal – and here we look at the best horse jockeys in the history of horse racing.

He retired as the most successful ever in terms of winners, having only been surpassed since by Blaze.

Dettori has been famed for flying dismounts and his 20-year association with the worldwide thoroughbred racehorse operation, Godolphin. In his career – which is still very much in progress, he has pretty much done everything – and is certainly well-worth being on the top-jockey list. With 6 victories, he has ridden more Prix de l’Arc de Triomphe winners than any other jockey. He has even been a three-time UK Champion Flat jockey!

American Mike Smith was born in 1965 and has enjoyed 5,559 career wins including 26 Breeders’ Cup Wins – tallying up around $328,329,509 in earnings. As if to prove that age is but a number, in 2018, he partnered with Justify to win the US Triple Crown at the age of 52. He may have been nearing the end of his career, but it was still one of its major highlights.

He is most famous for his Breeders’ Cup success having won 26 races at the US premier Flat thoroughbred meeting. He also set a new record for the most American Grade 1 wins at the end of 2019.

Sir Gordon Richards is a UK jockey that was born in 1904 and racked up 4,870 career wins including 14 British Classic Wins. This 26-time champion enjoyed a long and glittering career, having set a record that still hasn’t been broken. After retiring from racing, he went on to become an excellent racehorse trainer.

His most famous equine partnerships from the 40s were Sun Chariot, winner of the Fillies’ Triple Crown and Tudor Minstrel.

The Puerto Rican jockey was born in 1971 and has won 6,165 times in his career, with 16 Breeders’ Cup Wins, earning around $415,609,389. He has boasted more than 6,000 winning rides and is still in the hunt for the US Triple Crown. It is only the Preakness Stakes that has eluded him to date. His most famous equine partners are Kitten’s Joy and Scat Daddy.

The UK’s Lester Piggott was born in 1935 and has enjoyed 4,493 career wins, with 30 British Classic Wins under his belt. He has had a hugely long and successful career in the UK, Ireland and Internationally.

He has won 30 British Classics including the UK Triple Crown in 1970 with Nijinsky. He is also 11-time UK champion Flat Jockey and even has an award named after him in the sport. He holds the records for most victories in numerous races including the Ascot Gold Cup and Coronation Cup.