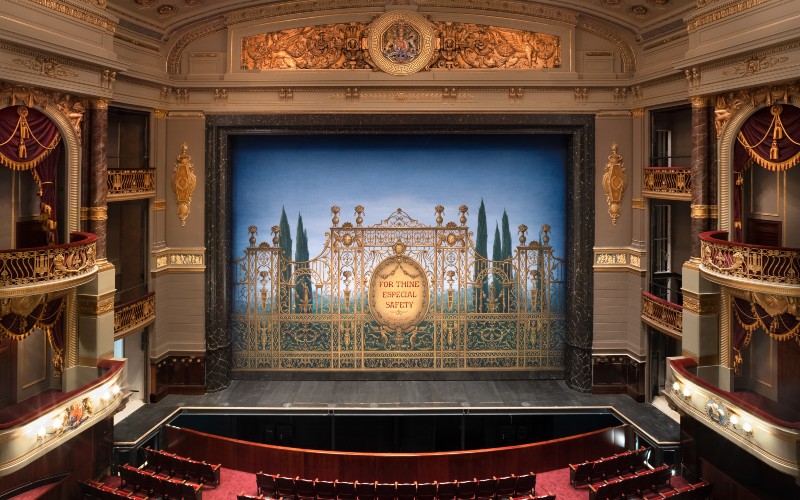 Two years and £60 million later, Andrew Lloyd-Webber has re-opened Theatre Royal Drury Lane (which is the oldest theatre site in continuous use in the world) with the addition of four new food and drink spaces. The auditorium itself has been given a makeover but if you don’t have a ticket to see a show there’s lots for you to do at The Lane. There’s all-day dining in The Garden, going from coffee and pastries in the morning to wine and cheeseboards in the evening, and later in the year there’ll be Regency-inspired afternoon tea on offer in the Grand Saloon.

If you’re after a drink, there’s champagne at The Rotunda Bar, with its preserved Regency public interiors, and cocktails at Cecil Beaton, a second bar named after the photographer and costume designer. Each drink is inspired by Beaton’s work with the likes of the Beautiful Wasp (rum, pineapple, tonka, saffron & coconut sugar), the Eliza Doolittle (gin, white port, creme de violet, lemon juice & soda) and the Peter Pan (Everleaf Forest, mint, apple & tonic water) on the menu.

Want to see a show? Here’s what’s on at the theatre right now.

4 EASY STEPS TO FOLLOW WHEN YOUR FLIGHT IS DELAYED

IDRIS ELBA IS OPENING A WINE BAR IN KING’S CROSS