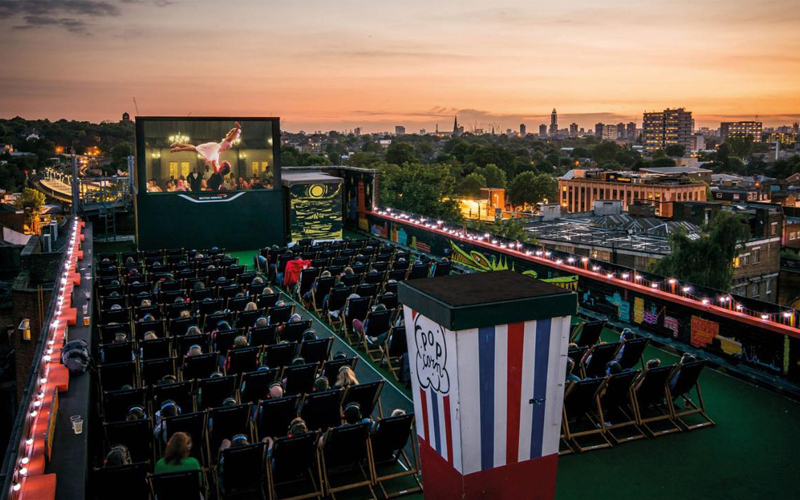 With the nights getting longer and lighter, as well as the prospect of t-shirt weather looming, London will once again play host to many an outdoor cinematic experience. And lookie here, Rooftop Film Club is back with all sorts of movie shenanigans playing out over two rooftop venues.

This year, the summer screenings will take place at Roof East in Stratford and Bussey Building in Peckham Rye right through the summer. With movies projected onto the big screen, you are well looked after with all manner of food and drink options, including the mega Instagrammable Bussey Rooftop Bar and Share A Slice pizza at Peckham, whilst at Roof East you’ll have the likes of Raastawala and Treats Club. As well as cult classics like Kill Bill, Pretty Woman and Jurassic Park, you’ve got some of the biggest recent blockbusters on show, including House of Gucci, Licorice Pizza and Belfast.