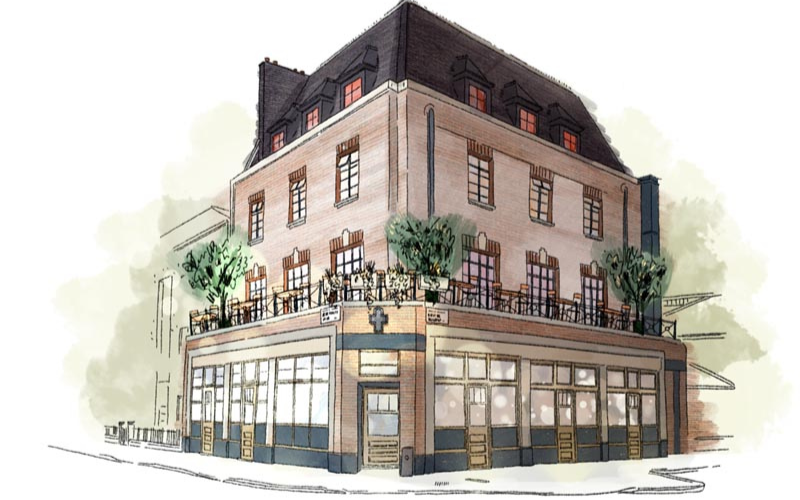 It’s been just over 15 years since the Cross held its farewell party on New Years’ Eve 2007. Now, it’s making its return. The Cross became an integral part of the London club landscape during that slice of London history (during the nineties and naughties) when the dance music scene was exploding. It was known for being housed in an industrial site under six railway arches, which is now Coal Drops Yard, and for merging glamour and grit. The arches won’t be coming back, but owners Billy and Gemma Reilly say The Cross’ original spirit will be very much intact.

The new Cross will comprise six spaces to drink, dine and dance, with music remaining crucial to the experience. A menu of seasonal dishes will be served in the first-floor restaurant and terrace, with highlights including scallop ceviche with seasonal citrus and the glazed pork chop with salsa verde & charred apple puree. The second and third floors will act as bars with menus of cocktails and small plates, while the basement club will house DJ line-ups every weekend, and at the other end of the building, a rooftop terrace will offer incredible views across King’s Cross. As for interiors, expect elements of luxury mixed with a raw industrial edge in keeping with its heritage. Ravers, are you ready?