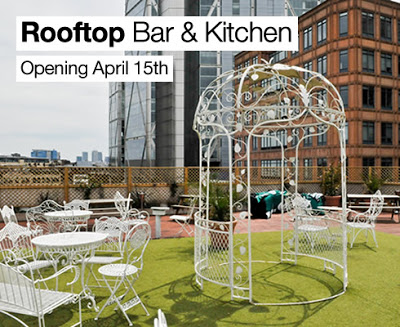 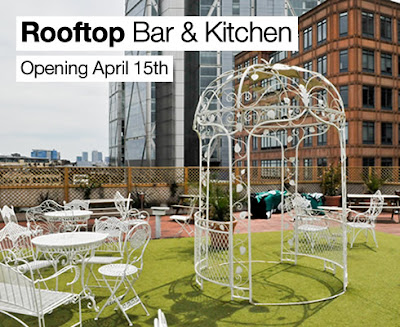 The Queen of Hoxton have recently relaunched their rooftop terrace. Located on on the Shoreditch border and with panoramic views of the City as far as Canary Wharf, it couldn’t be better positioned. The area itself resembles a suburban garden, with fake grass and patio furniture, a huge centrepiece fountain surrounded by treliss and traditional garden fence but with the twist of psychedelic murals. Even the toilets are in individual potting sheds! This is a big improvements – having to run downstairs for the toilet was a nightmare, so having them on the roof makes sense.

The roof bar is also in a shed but the real highlight is the monster barbecue, the size of the grill would put most restaurants to shame. The food was great quality too, the burgers are made from ground beef by hand to order, and served with homemade couscous and salad, posher than your usual BBQ grub! And in Shoreditch? What would the politician’s say?

For summer the bar will host a Rooftop Film Club, showing classic and cult films in the open air. Scheduled to launch on June 1st, watch this space for more details!