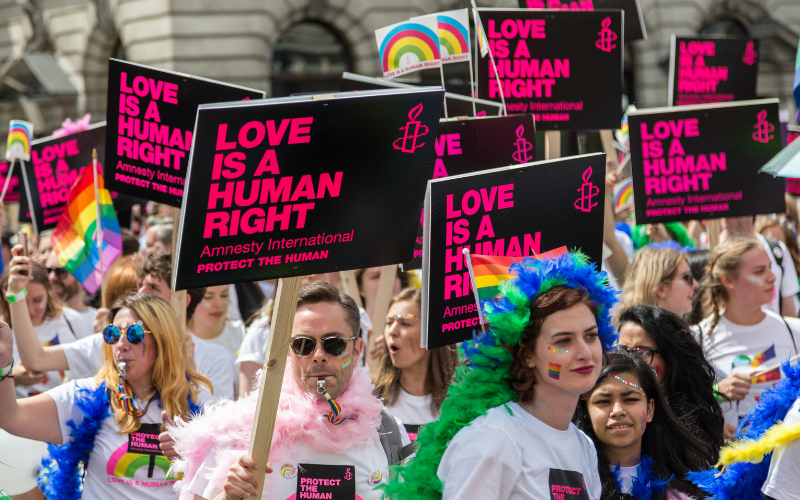 After a pandemic-enforced two year hiatus, the Pride in London parade is FINALLY coming back this summer and it’s going to be bigger and better than ever. 2022 is the 50th anniversary of the first Pride in London parade and to mark the occasion, this year’s event will retrace that original route, passing by locations key to the LGBT+ movement in this country. It starts at Hyde Park Corner, (where the first post-march picnic happened in 1972 and where the miners stood in solidarity with the LGBT+ community in 1985) before going down Piccadilly, turning onto Haymarket, going through Trafalgar Square (where the 1972 march ended) and finishing at Whitehall Place. You can see the full route here.

“For fifty years, Pride has been a visible cultural protest that brings the LGBT+ community and its allies together in solidarity,” said Christopher Joell-Deshields, Executive Director of Pride in London. “It is important to recognise the activists who were brave enough to come out in 1972 to march for our liberation and pave the way for the rights we enjoy today. Early organisers took inspiration from the US civil rights group, the Black Panthers, a reminder that despite their differences there was a collective fight for the oppressed.” There’ll be 40,000 marchers from more than 400 community groups participating in this year’s parade, so it’s set to be quite the day.