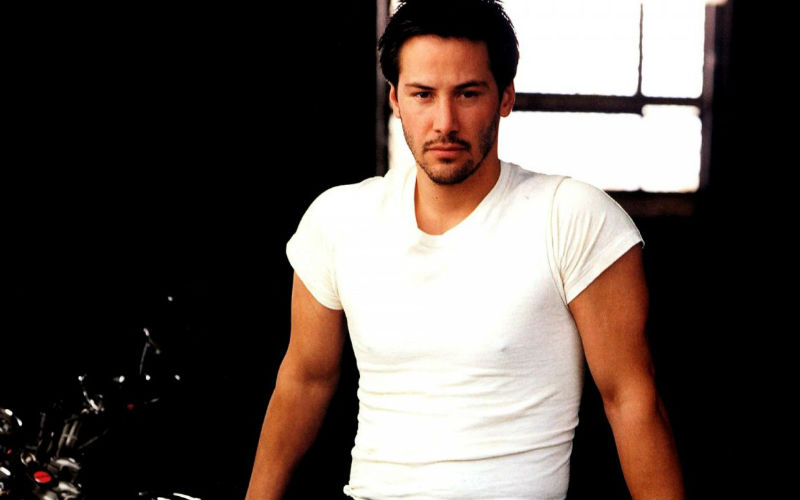 The white t-shirt is an essential feature in a man’s wardrobe. Historically speaking, the most traditional version – a white cotton jersey crewneck that became standard military issue in World War II – originates from undergarments worn by Navy men in the 1910s. Fast forward to the nineties, the white t-shirt became a fast fashion staple/must–have amongst all types of men. At the time, media and society often viewed men who wore the white t-shirt as masculine, cool and trendy. It even got attention from the likes of fashion designer Karl Lagerfeld, who back in 1991 famously layered Chanel’s signature tweed cardigan jackets over white tees. Following on from this, sales of the basic white t-shirt amongst men boomed, it soon became a fashion style synonymous with the ‘cool man’ and ultimately became ‘en vogue’ for years to come.

The white t-shirt is quite easily one of the most simplistic pieces of clothing to exist. It’s ‘blank canvas’ style means it has the ability to look versatile on each and every man no matter what his appearance or looks. It can be worn with pretty much anything and everything, and that’s what makes the white t-shirt so special. We recommend you men out there wear the white tee shirt with denim jeans for a casual look, or pair this top with some chinos or some smarter trousers for a more sophisticated and refined look. All in all, we think the white t-shirt is an undeniably cool and timeless men’s style, and we believe it won’t ever leave the realms of fashion. Amen to that!

Show us your style with #lotistyle