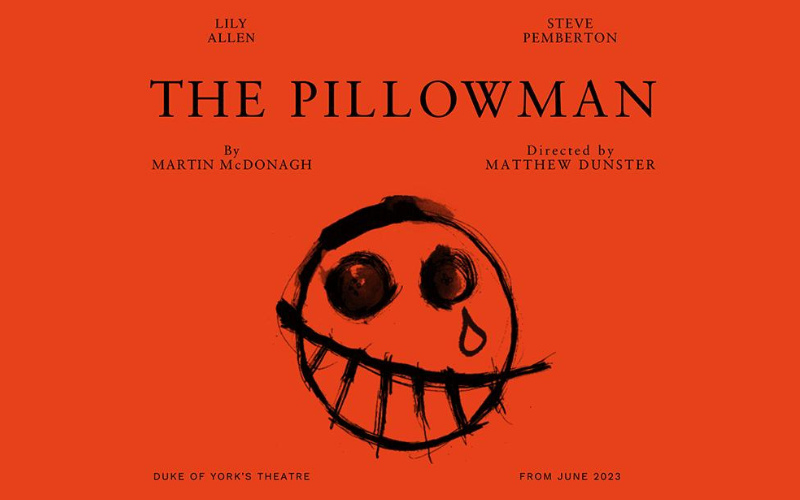 His latest film The Banshees of Inisherin is receiving a wave of critical acclaim and now Martin McDonagh (also the man behind In Bruges and Three Billboards Outside Ebbing, Missouri) is bringing his Olivier Award-winning play, The Pillowman, to the West End for its first major revival.

Showing at the Duke of York Theatre for a limited 12-week run next year with Matthew Dunster directing, the production will star Lily Allen (who made her West End debut with 2:22 – A Ghost Story) and Steve Pemberton (from The League of Gentlemen) as Katurian and Tupolski. The black comedy, in which a writer in a totalitarian state is questioned by the authorities because a string of murders bears similarities to her short stories, is an exploration of the role of the artist in society and the cost of freedom of expression.

Tickets go on sale at midday on 11th November and these are going to be popular so snap them up!