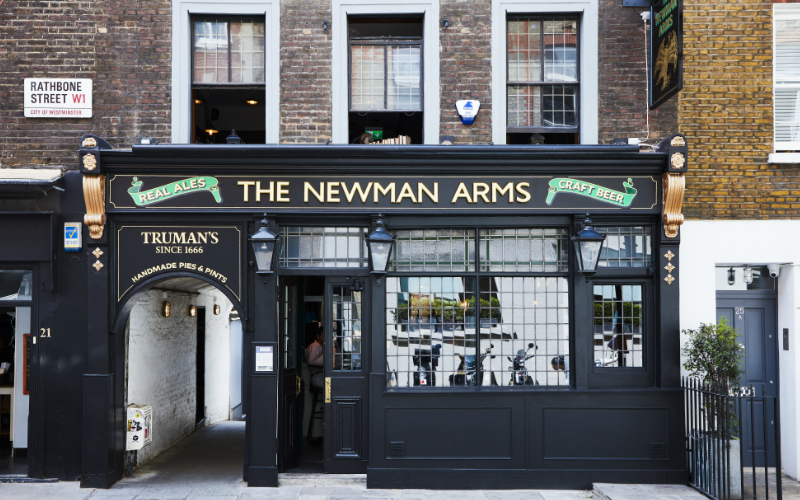 The Newman Arms in Fitzrovia is a classic London pub, the kind of place you’d take a visitor that wanted to see what this English pub thing was all about, After being taken over by Matt from The Cornwall Project, from 2015 – 2016, we were sad to see it close up shop as there was some fantastic food on offer. But now The Newman Arms is back – having been under refurbishment for the past year, it’s officially come back to life thanks to the Truman Brewery.

The Fitzrovia pub has a rich history: it served as inspiration for the pub scenes in George Orwell’s 1984 and was famous for its upstairs pie room. The Truman Brewery has revived it by serving a range of pies (also available for delivery), including the steak and Truman’s ale, as well as smoked salmon and salt beef bagels in a nod to the brewery’s East London roots. As well as a twelve keg, four cask and rotating guest beer offering, the pub also serves English wines and spirits and has a crowler machine so you can fill up tinnies with any of the beers on draft to takeaway too. The Newman Arms is one of the best old-school boozers in the capital so we’re very pleased to hear it’s re-opened (again).