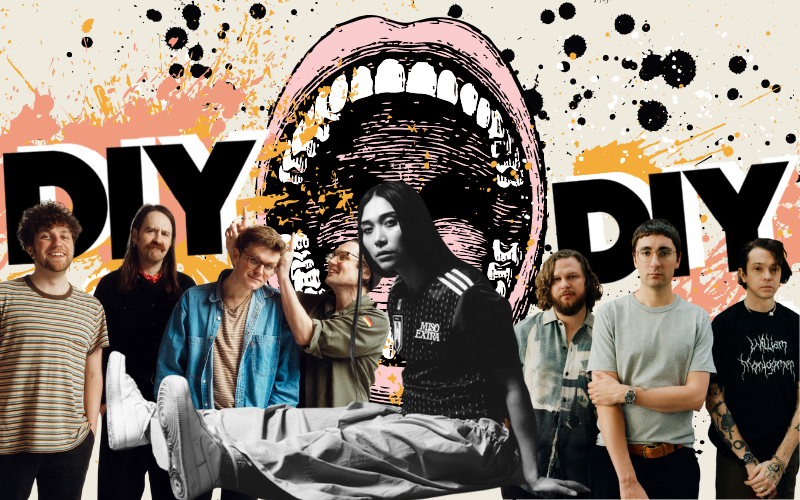 Like most of you lovely lot, we’re pretty obsessed with music over here at LOTI but boy is there A LOT to try and keep on top of. You’ve got gig announcements, video drops, surprise mixtapes, about a million playlists on Spotify, new artists popping up everywhere, we could go on but you get the idea. That’s why we’ve got our mates over at DIY Magazine to help you (and us tbh) cut through all the noise with their top three bits of music newness that you need to know.

One to Watch | Miso Extra

Ever since she dropped debut single ‘Adventures of Tricky N Duke’ last summer, English-Japanese singer/producer Miso Extra has been audibly onto something special. Singing in both languages and tying together the influences of her dual heritage, she’s only released a small handful of tracks to date but each has provided a fresh fusion of pillowy beats, lush production and feminine hip hop. Intrigued? We’ve got an interview with Miso in the next issue of DIY (out February 4th) and she’ll be playing our DIY Alive Festival this April.

Celebrating the 10th anniversary of their game-changing debut An Awesome Wave this year, alt-J are showing no signs of taming their eclectic sensibilities and insatiable thirst for unexpected ideas. Their latest, this month’s The Dream (out February 11th via Infectious), sees the trio incorporating barbershop quartet vocals, opera singers and samples of a passing crow. “Maybe a lot of bands come together because they all love the same music; we kind of came together in spite of coming from really different backgrounds, and that does tend to create a lot of sparks and magic in the cauldron,” they explain to us in our new issue.

Gig of the Month | Yard Act at Village Underground

Over at DIY HQ, we’ve been following Leeds quartet Yard Act from pretty much Day One (which, to be fair, was only about 18 months ago); since then, the lyrically-dextrous, witty post punks have already signed a major label deal, released a five star debut in The Overload and graced DIY’s own Class of 2022 cover this January. Beg, borrow or steal your way into this month’s long sold-out stop off at Shoreditch’s Village Underground as they celebrate the release: their April show at EartH is sold out too, and it’ll only be uphill from here.