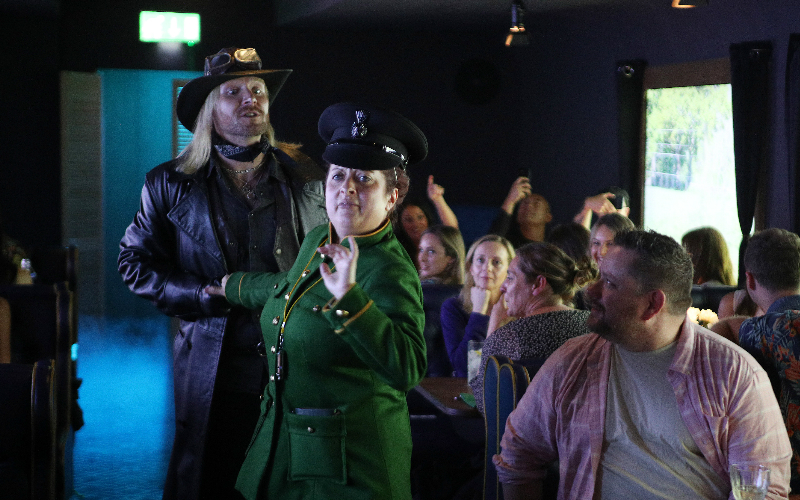 Prepare to be transported to the scene of an early 20th century murder because The Murder Express is coming to town. This production from creative collective Funicular is a theatre and dining experience with a twist. Boarding the train at the Pedley Street Station, after a drink at the Seven Sins platform bar, you’ll journey to the (fictional!) town of Murder in France whilst seated in the train’s luxurious period dining car. As the night unfolds, you’ll be able to tuck into a four-course menu created by Louisa Ellis, a finalist on MasterChef 2017, with dishes including celeriac & truffle soup, braised blade of beef with potato rosti, and buttermilk panna cotta with raspberry.

Sounds great right? But there’s one important thing to note – you won’t be alone. Expect to be joined by a collection of mysterious characters and to witness several strange goings-on throughout the night. This is definitely one train that you won’t want to miss…