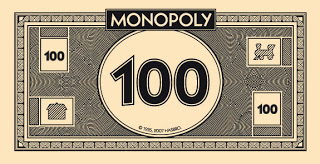 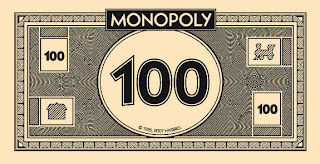 The day started at 10am sharp at The George, just off Old Kent Road. This place opens early to accommodate the foolish people who think it’s a good idea to attempt 26 pubs in a single day. Naturally, we’re not alone, two other groups have started here wearing fancy dress. Half a pint of Fosters down and the crawl has begun.

It makes sense to start at The George as it’s the most southerly location, the only one south of the river. The next stop is The Fen inside Fenchurch Street Station. Around the corner on Whitechapel High Street is The Aldgate Exchange where when we ask the barmaid to sign our monopoly board she remarks on our lack of originality.

Fourth stop is Hamilton Hall at Liverpool Street Station. Up until now it’s been half-pints all the way but a school boy error leaves us with an extra half pint. In this situation there is only one way to decide who gets it – to blindly draw a community chest card, the person with the worst result drinks the beer.

Next up is the appropriately named Angel in Islington. To celebrate getting this far we reward ourselves with a Jagerbomb. With hindsight, it’s easy to see what a terrible decision this was. A quick walk around the corner to The Castle on Pentonville Road, followed by a short bus ride to O’Neills outside Kings Cross Station, by now we’re feeling slighty drunk.

The Euston Flyer on Euston Road completes our set of light blues. Next up the Victoria and Albert inside Marylebone station means all four stations done and dusted.

Wisely, it had been decided that rocking up to Mayfair after 25 pubs wouldn’t be a great idea, so we head to Henry’s café & bar next to cross off the most expensive property on the board and for the most expensive round of the day!

One of our players was on medication and unable to drink, but in his efforts to keep up with us had consumed nine Red Bulls. It turns out that this is probably worse for the body than drinking lager as he has to stop due to heart palpitations and a panic attack. The rest of us carry on to the Rose & Crown on Park Lane, where Monopoly crawls are expressly forbidden. There’s a simple way around it though as one of us goes in and buys the beers and brings them back outside to us.

Moving swiftly on, we take in half a pint in Ye Grapes (Shepherd Market, just north of Piccadilly) and the Red Lion (crown passage, just off Pall Mall). Our plan to actually have a drink on each street is scuppered as we have to find pubs slightly off the main roads, but this totally counts, and we’re delighted to have reached the halfway point. We arrive at the Spread Eagle on Woodstock Street, very near to Bond Street, dispatch our drink and move onto the ‘Chance’ – a trip into Ladbrokes where everyone puts a few quid on that evening’s football. Damn you Javier Hernandez! You lost us £1!

5pm and we’re becoming worse for wear, but at more than half way round it would be stupid to quit whilst we’re winning. The Argyle Arms, just off Oxford Street followed by O’Neills on Great Marlborough Street then the Gem (Beak Street, just off Regent Street). The next few pubs pass by in a blur The Warwick (on Warwick Street, just across the Street from Vine Street), The Comedy Pub (Oxendon Street, just off Coventry Street), The Moon Under Water and The Lord Moon of the Mall on Whitehall. Seven of us entered but only six left after one of the party passed out in the toilets unknown to the group.

He caught us up in the Sherlock Holmes on Northumberland Avenue but missed his drink, scratching his chance of completing the crawl. A quick visit to Fleet Street and a drink in The Old Cheshire Cheese preceded The Wellington on The Strand where we met a man we thought, in our drunken state, looked like Sam Allardyce. Being a good sport, he posed for photos with us, so we gave him some Monopoly money for his time. Bow Street proved a bit of a challenge as no pub seemed to want to let in half a dozen drunks, we even tried a Greek Restaurant to no avail. The only solution was The Sun Tavern on Long Acre, just off Bow Street.

Finally, we reached pub number 26, The Chandos in Trafalgar Square and had a full pint to celebrate. It had taken 13 hours, a fair few quid and probably irreparably damaged our bodies in the process, but we are proud to say that we succeeded in drinking our way around the Monopoly board.